When the Crazyflie 2.X is used together with the Loco Positioning System, the position information can be used for assisted flight and help the pilot to control the quadcopter, or it can be used for scripted autonomous flight. 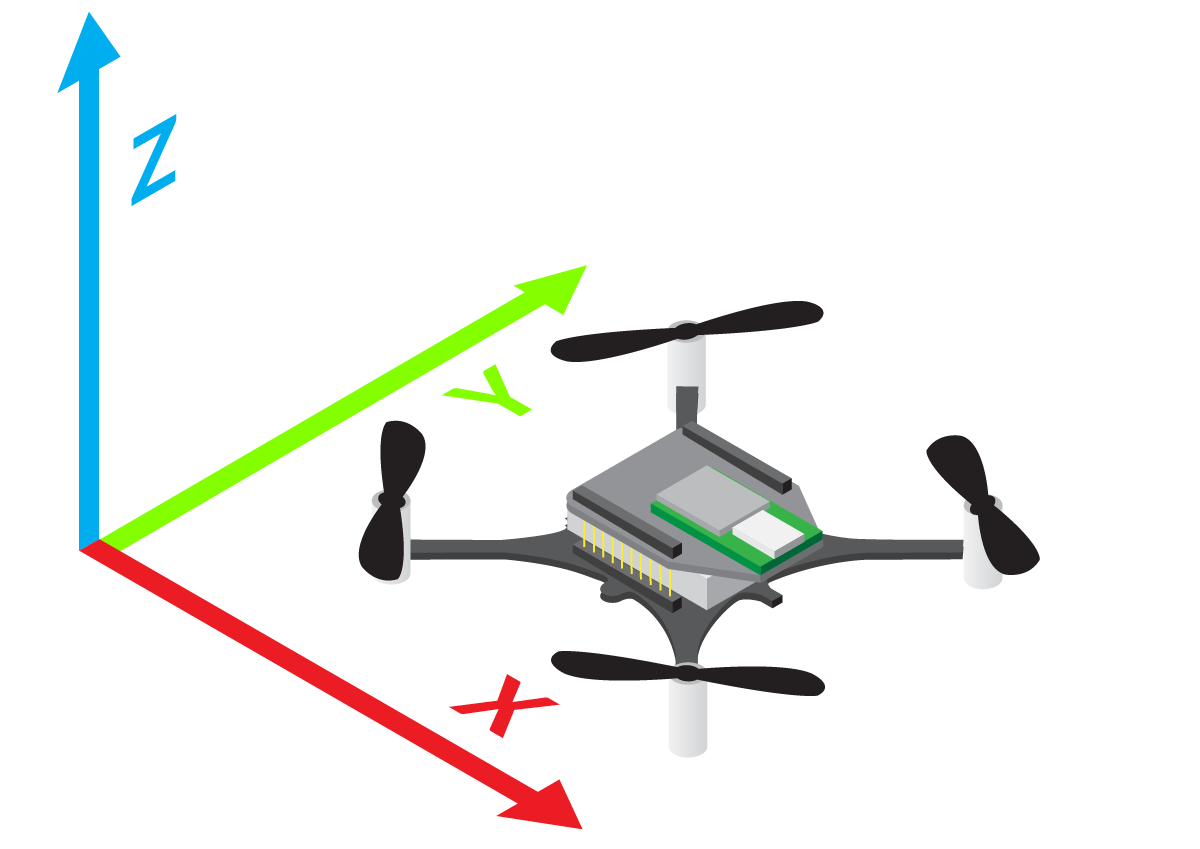 Use the Position Hold mode in the Client for assisted flight. Position hold lets you control the change of x/y/yaw/height instead of roll/pitch/yaw/thrust, thus releasing the sticks will leave the Crazyflie in its current position.

Connect to the Crazyflie 2.X 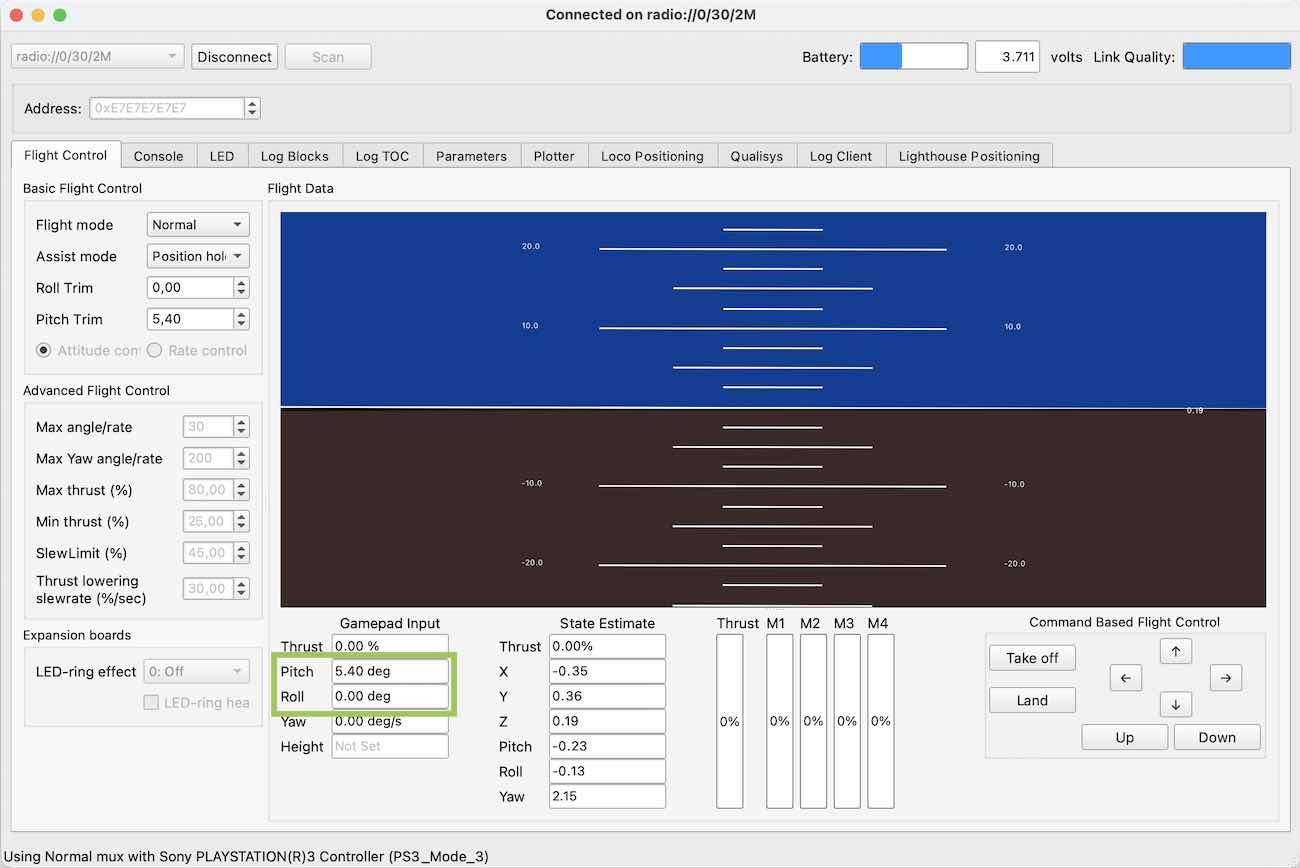 Here you can see that the Pitch and Roll is not [0.0] which might result in the Crazyflie drifting when the sticks are released.

Flying with a gamepad 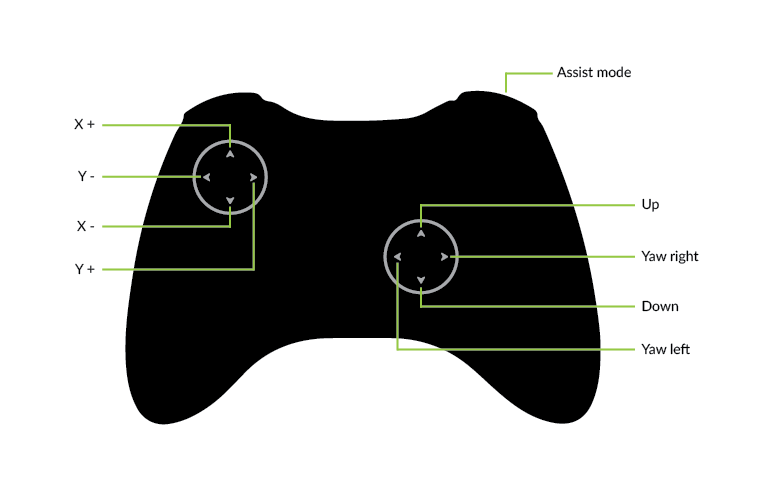 Autonomous flight is when the Crazyflie flies without a pilot, usually using a script to control it instead. This area is out of scope for this getting started guide and we will only briefly cover the basics.

The easiest way to get started with autonomous flight is to use a python script running on a computer, it will replace the role of the Client as well as the gamepad in the previous section.

The python script runns in a computer and sends set points to the Crazyflie using the Crazyradio. A set point contains information of where the Crazyflie should go and how fast to go there. Since the Crazyflie continuously gets its current position from the positioning system, it has all the information it needs to fly it self.

You need python installed on your computer and you must know how to run a python script. Please read the relevant python documentation for your platform.

There are example scripts in the bitcraze/crazyflie-lib-python github repo, please see the examples directory.