Home / Products / Crazyflie Bolt 1.1
This product is in the Early Access stage. 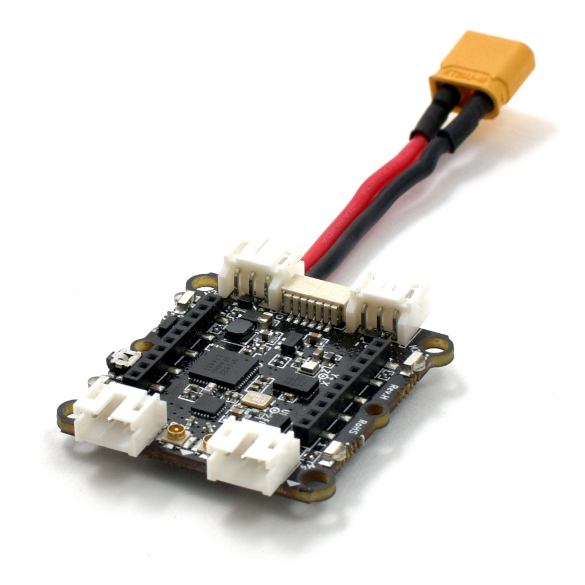 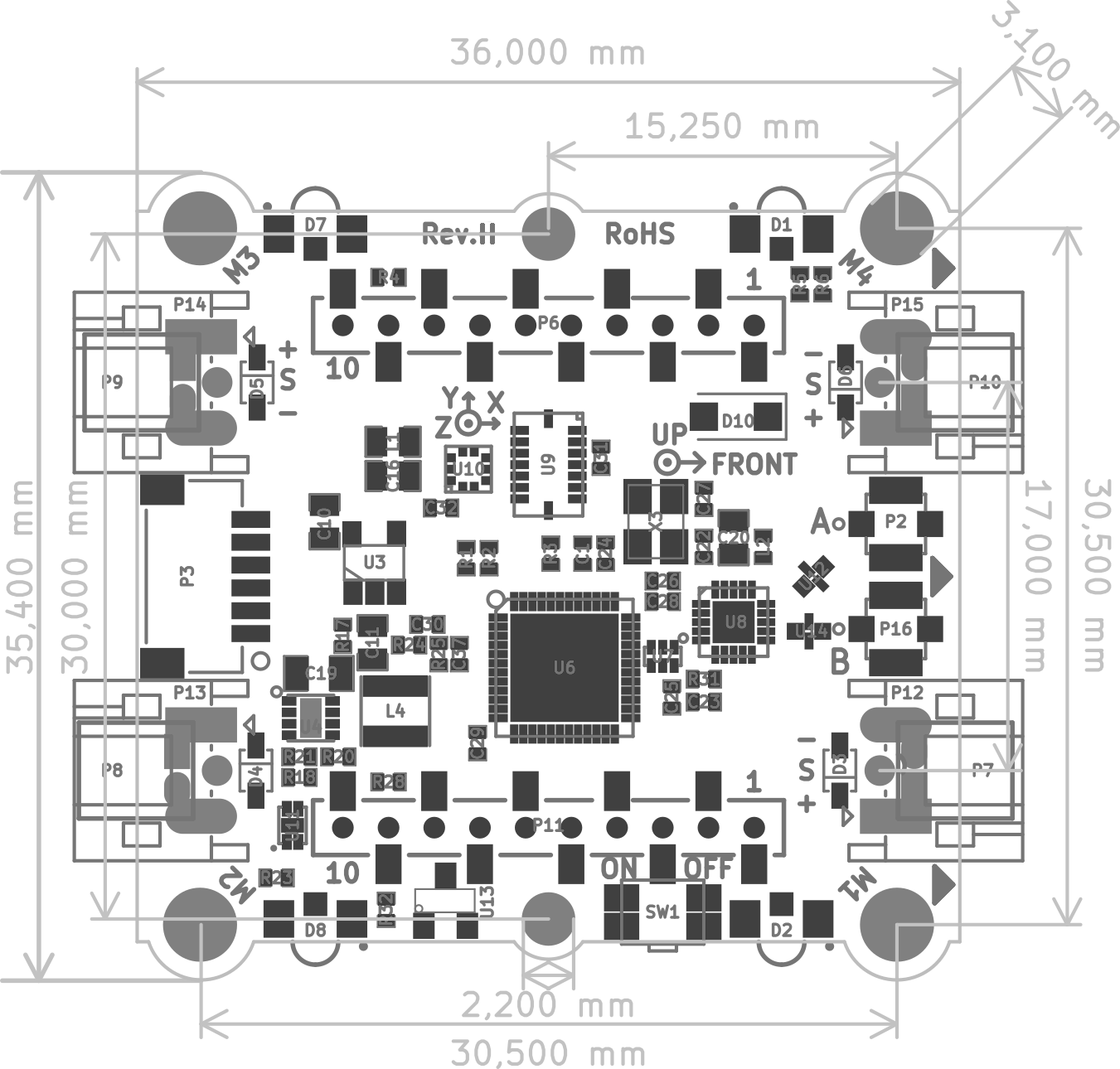 The Crazyflie Bolt 1.1 is delivered as a kit that contains the following parts: 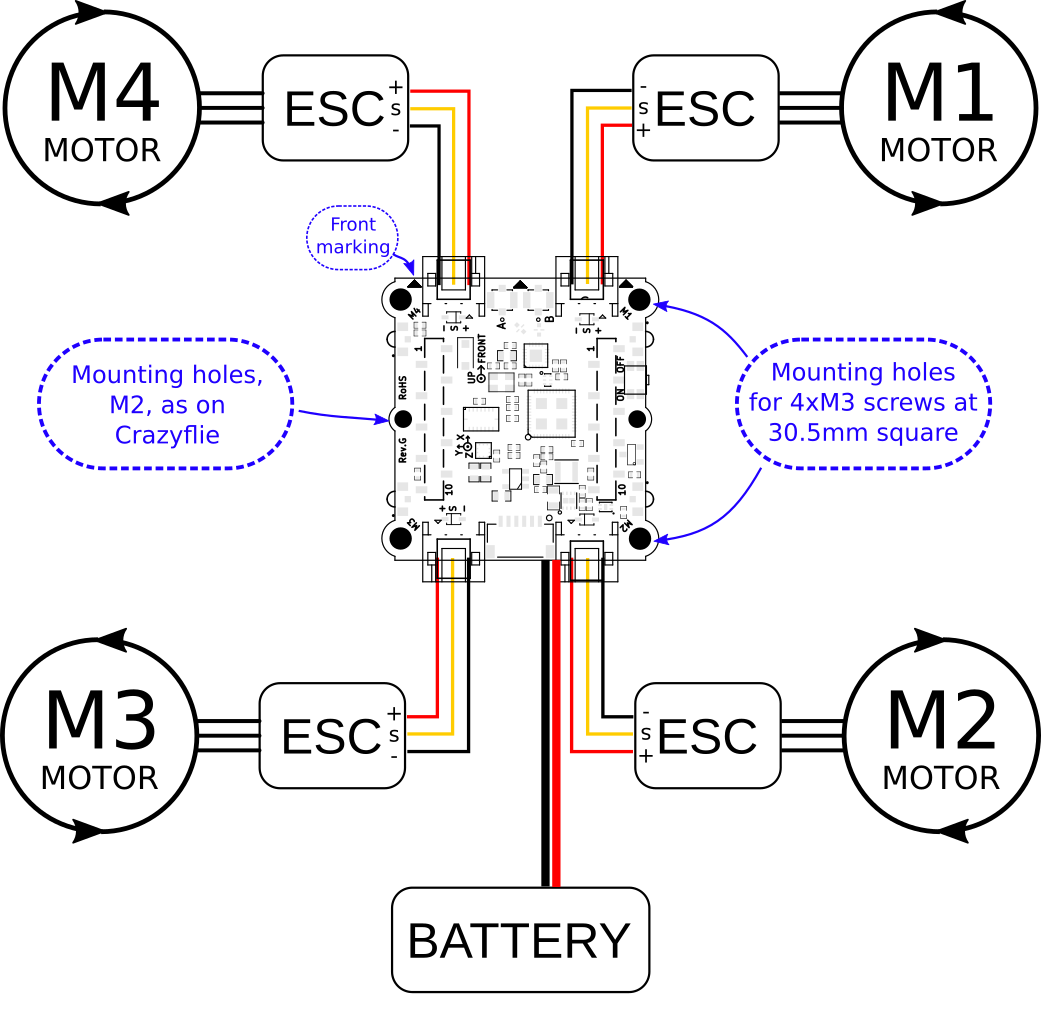 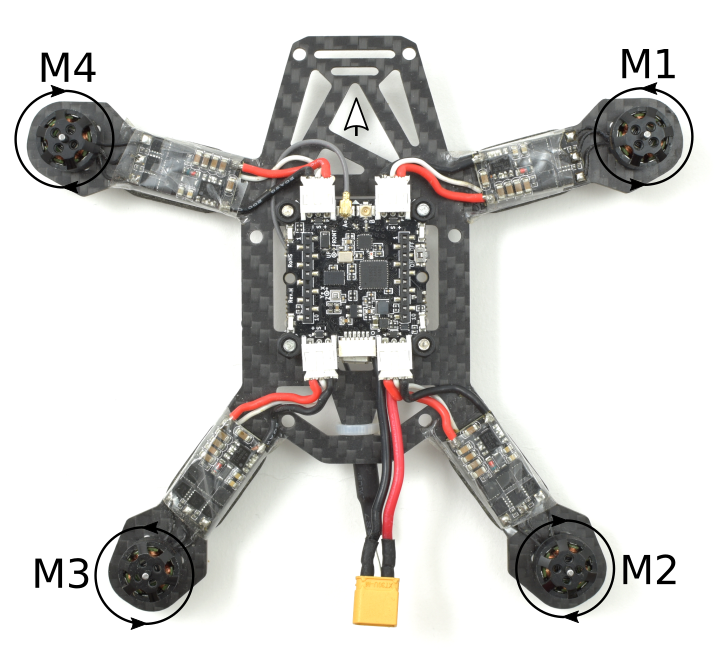 The Bolt 1.1 contains a power distribution board (PDB) but it is a bit limiting. The current has to pass a MOSFET, to be able to switch it off, and also the ESC connector. We have tested running 8A though the chain without any limiting heat-up, but that is as far as we would recommend to go. If additional current is wanted, one could bypass the connectors by soldering the ESC directly to the connector soldering pad. The MOSFET is still there but a slight increase should be possible. For higher currents, an external PDB should be used. Other tricks to keep current down, but power up, is to run on higher voltage (3S or 4S) and using low KV motors.

The Crazyflie firmware will automatically detect that it is running on a Bolt 1.1 and activate the right modules. However some of the configurations still has to be done during compile time and making them run time configurable is currently work in progress.

The Crazyflie 2.X/Bolt 1.X is an open source project, with source code and hardware schematics both documented and available. Since all of our development tools are open source (except for iOS) we are allowed to redistribute them in an easy way for our users. Aside from the firmware and software projects, there are a number of community supported APIs written in Java, Ruby, C/C++, C# and Javascript.