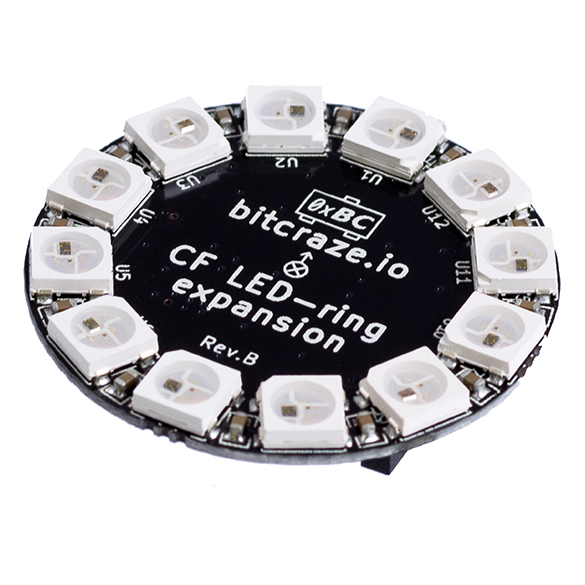 Add lights to your Crazyflie 2.X

Light up the dark with custom patterns using the Crazyflie 2.X LED-ring expansion board. Featuring 12 strong RGB LEDs facing downwards, you can create custom patterns in firmware that you control from your computer. Two additional strong front facing LEDs that can be switched on and off, act as headlights.

The different LED patterns can selected from CFclient’s Flight tab.

Once you have selected the right pattern, go ahead and fly!

All the LED-ring deck’s effects are implemented in the led-ring driver.

In case you want to have the LED-ring on top in combination with the Flow deck V2 !

What do you need for this:

What we are essentially doing, is that we are flipping the pin-layout of the LED deck so that it is compatible to be put on the top of the Crazyflie.

The image below shows how you should solder the wiring. The Gnd (ground), IO2, OW (deck single wire memory), and VCOM (power supply). Please check out this page to familiarize yourself with the pin-outs of the expansion decks. 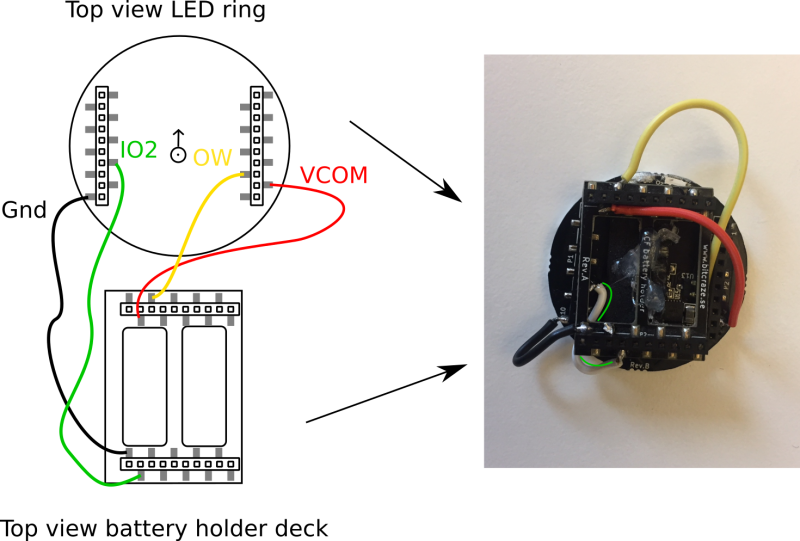 We did not connect IO3 on purpose since the Flow deck v2 is already using this, or else the LED deck and Flow deck V2  will conflict with each other’s communication with the Crazyflie. However, the LED deck should work as well without the IO3 connected

The battery holder deck can be glued on the LED-deck or attached with some tape.The wiring and soldering are done a bit crude for now to clearly show how to do this, however if you would like the wiring not to be shown as clearly as it is here, this should be easy to fix with thinner wires and basic soldering skills. =)

Please pay attention to that the orientation of the LED deck is now different. We put the battery holder on the side to prevent any connections to short with the LED deck, but now you would need to indicate the new ‘front’ of the LED deck. On the bottom left picture we show it with a sticker.

We tested the converted LED deck with the Flow deck V2  with the CFclient and we are still receiving the values and parameters from both the deck drivers. At the moment of writing we haven’t test-flown this configuration yet, but we hope to do it soon for another long exposure light painting!