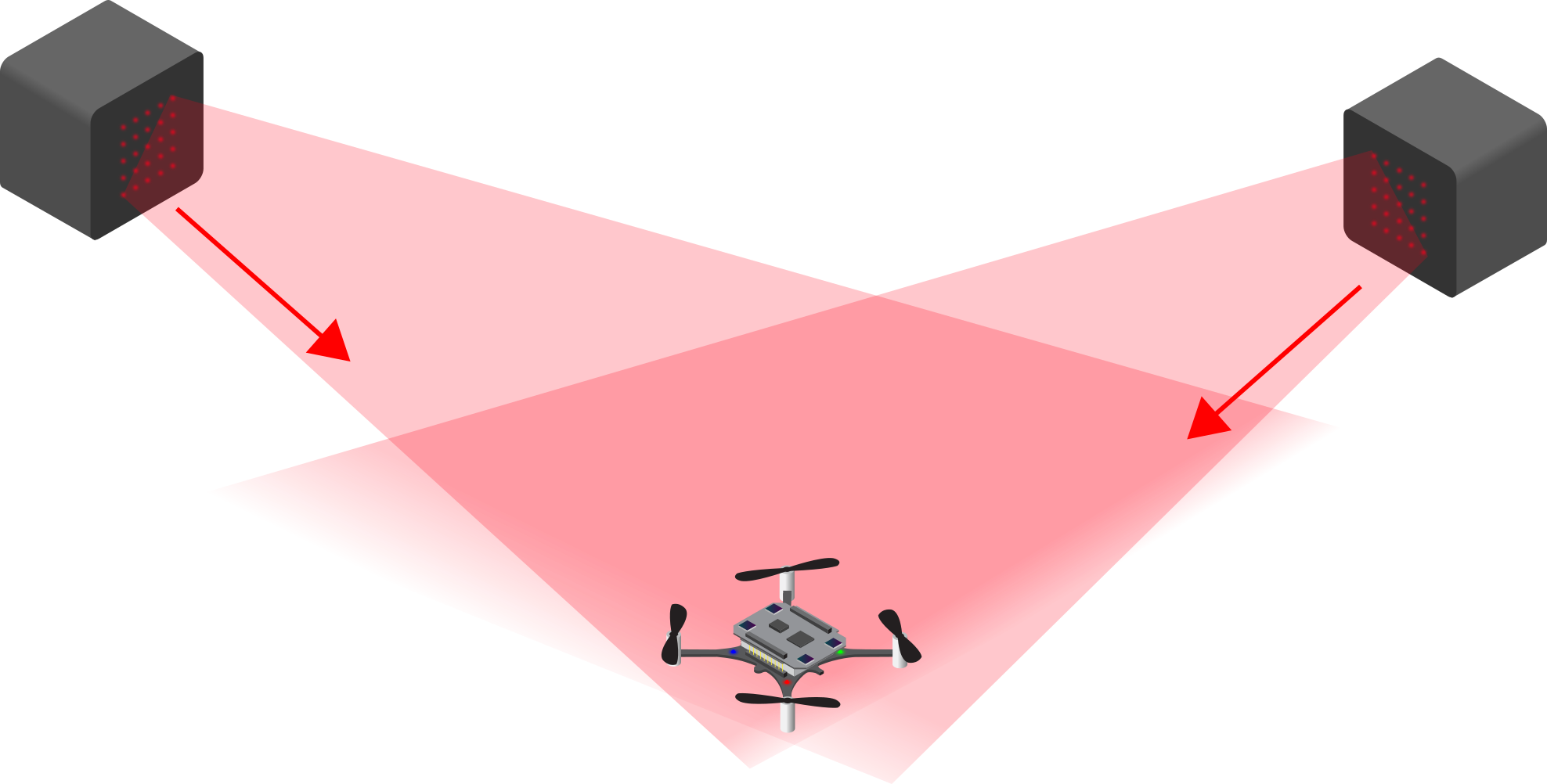 The lighthouse positioning system is an optically-based positioning system that allows an object to locate itself with high precision indoors. The system allows to get a precision of tracking approaching what can be achieved with a Motion Capture system, but for a much lower cost and with the advantage that the position is acquired onboard the tracked device rather than in the infrastructure. For a flying robot like the Crazyflie, this means that the position information is directly available for autonomous flight without requiring low latency reliable transport of the position over radio.

The system uses the SteamVR Base Station as an optical beacon and allows the Crazyflie to calculate its position with an accuracy better than a decimeter and millimeter precision. 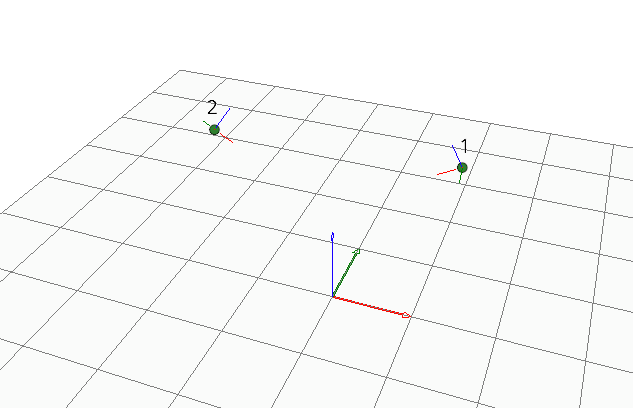 Being an optical system, the lighthouse positioning system requires direct optical line of sight from the Crazyflie to at least one of the base stations. The Range and the field of view will dictate the space tracked.

Due to the geometry of the Lighthouse positioning deck , the tracking will work best up to ~50cm bellow the base station height.

In a 5x5 meter space, we have measured a relative precision better than a millimeter and an absolute accuracy better than a decimeter. This means that coming back to a take-off/landing pad can be done with a millimeter precision, but going away at the extreme corner of the space can be off by a couple of centimeters.

This is an indoor-only positioning system. It is not intended to be used outdoor and since it is using infrared light, performance can be negatively affected by direct sunlight.

One to two Lighthouse Base Stations must be installed in the room.

For more information on how to combine the components of the Crazyflie ecosystem, please see the Buyers guide.

Getting started with Lighthouse positioning

To get started, you can follow the Getting started with the Lighthouse system tutorial. It will guide you from zero to having your Crazyflie autonomously flying in your space.

For more in depth information, please see the documentation in the crazyflie-firmware repository.