To begin with, we have just created a Bitcraze Announcement google-group that we will use as a very-low-volume mailing list to make big announcements like the release of Crazyflie. So if you are interested by buying Crazyflie just subscribe to the list and you will receive a mail as soon as it becomes available.

As for the project, we are now waiting for the next (and hopefully last) prototype run. In the mean time we are trying to fix everything from the todo-list. One item was to verify that the radio dongle can receive PPM signal from a RC remote, as it was designed for. This is what I  have been working on last week and the result hardware-wise is this kind of hacked programming/RC-training cable attached to our radio dongle: 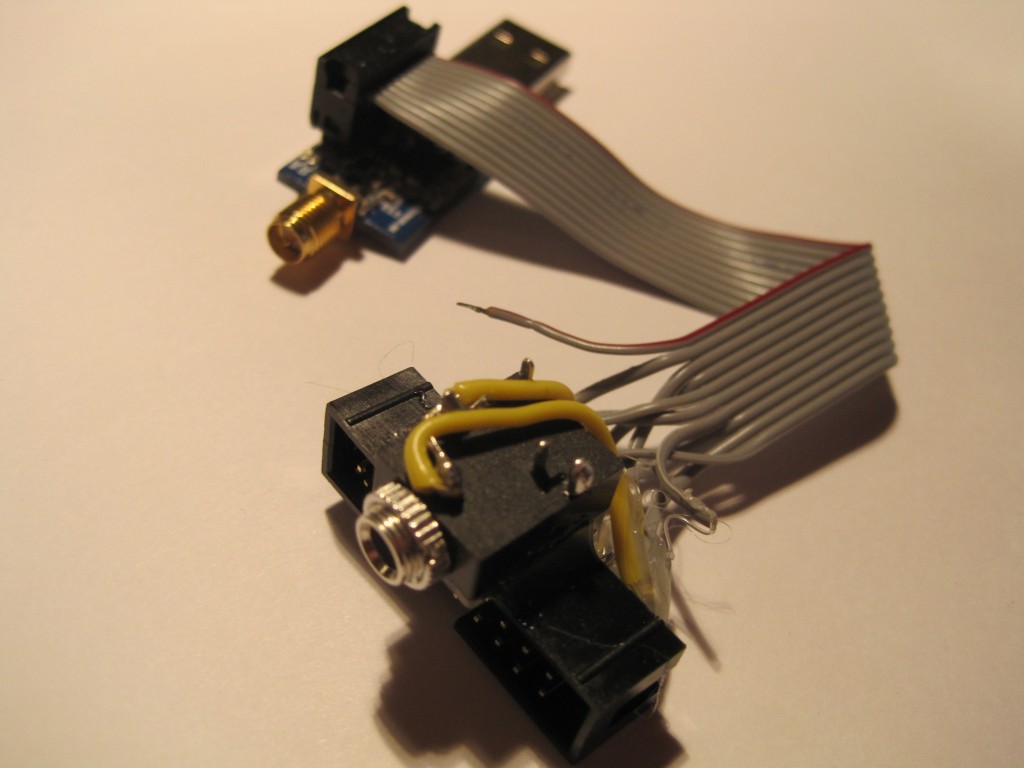 The idea is to be able to control Crazyflie using a RC transmitter only (without a computer) so that the radio dongle would be powered and controlled by the RC transmitter. This kind of transmitter generates a PPM (Pulse Position Modulated) signal which is acquired from the training jack of our ‘Turnigy 9X’ transmitter. We do not plan to manufacture such cables right now as there are too much kind of RC transmitter around there  and we believe that you will be able to hook the Crazyradio dongle to your transmitter without problem :-).

As the cotper firmware can not fly easily without the PC yet (most of the settings are still sent from the PC software before flight) we decided, as a first step, to use the PC anyway but by using the radio dongle for the PPM acquisition: 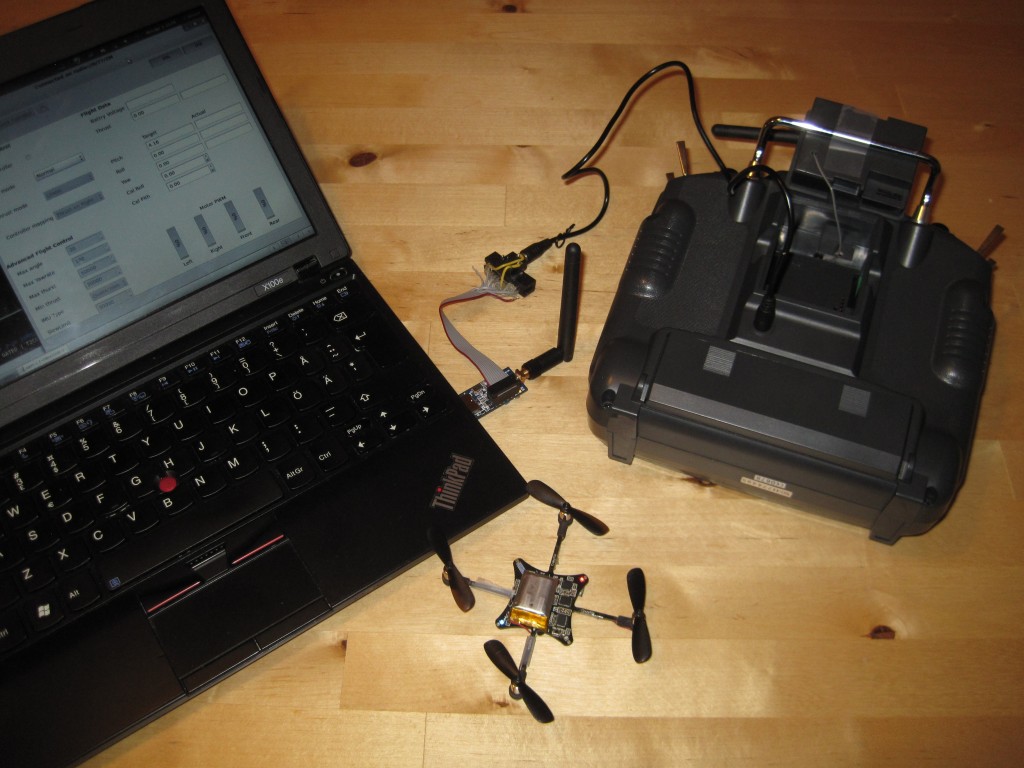 A HID USB joystick mode has been added to the radio dongle so that it is now recognized as a joystick by the PC (in addition to the radio endpoints) and transmits the axis position of the RC transmitter to the PC. By mapping the axis the same way a Plastation3 gamepad is mapped we could fly Crazyflie with the RC remote and with an unmodified version of our PC software. This permitted to verify that the radio dongle can acquire PPM signals (with a little hardware change that has been sent just-in-time to our manufacturer for the next prototype) and so Crazyflie will also be able to fly without PC :-). In the case of our radio transmitter however we will have to connect the radio dongle to the TX module port instead of the training jack as the training jack does not provide power.

This is still work in progress and it is unlikely the ‘pc-free’ functionality will be finished before the copter release but at least now we know that the hardware can do it.