This is a guest blog post written by Fred, the maintainer of the Android Crazyflie client and Java Crazyflie lib.

As a follow-up to last week’s blog post about the different Crazyflie clients, I would like to describe the current status of the Android client in a bit more detail.

After more than a year, Version 0.7.0 of the Android client has been released last Friday (March 16). Most importantly this release fixes a very annoying UI bug that appeared on newer Android versions, where the on-screen joystick did not show up when the app was started for the first time. It also adds support for height hold mode when using the zRanger or Flow deck, it adds a console view (can be enabled in Settings -> App settings -> Show console) and also shows the link quality for BLE connections now. You can read the full changelog on Github. You can find the release in the Google Play Store and as an APK on GitHub. 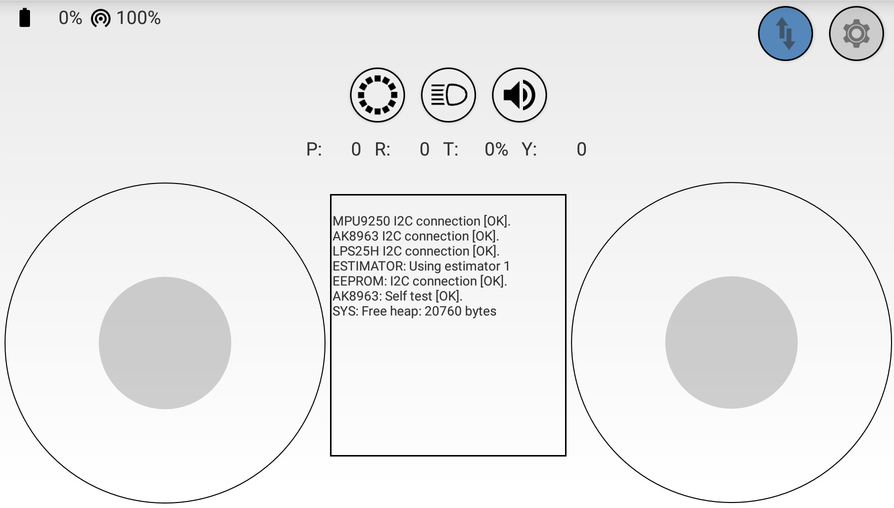 Apart from the obvious/visible new features and bug fixes, quite a lot has happened “under the hood”. Some parts of the code were cleaned up, refactored, decoupled, etc. This is still a work in progress though.

There is still plenty of stuff to do for future releases, especially in the realm of Bluetooth support. On the short list are:

Admittedly there was almost no documentation for the Android client and some features are hidden (too well). In an effort to change that, I’ve started to document some features on the project’s Github wiki.

If you find bugs in the app, want to request a feature or see errors in the documentation, please open a GitHub issue.

If you are interested in the development of the Crazyflie Android client and want to get involved, let me know. The fastest way to get new features added or bugs fixed is to contribute a pull request.

Last but not least, I’d like to thank the Bitcraze team for creating and developing the Crazyflie and amazing new decks. Maintaining the Crazyflie Android client is still one of my favorite past times. :)