This week we have a guest blog post from Percy Jaiswal about quad rotor dynamics. Enjoy! 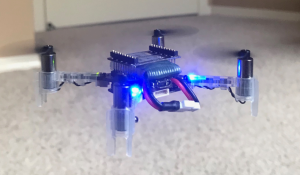 I would like to sincerely thanks Bitcraze team for allowing me to express myself on their platform. If you liked this post, Follow, Like, Retweet it on Twitter, it will act as encouragement for writing new posts as I continue my journey in becoming a complete Drone engineer.