Last week we received one of the new raspberry pi and we wanted to start doing something useful with it. One idea that came directly in mind was to control the copter with it. As it has 2 USB port it should be possible to use one for the gamepad and one for the Crazyradio dongle.

The Raspberry pi running Debian the operation ended up being surprisingly easy: Just apt-get install python, pygame and pyUSB and we where able to run our old script. By adding pyQT we where even able to run the GUI out of the box (it is still a bit heavy though as the GUI is not yet very optimized when receiving fast log informations). So we just made a “headless” version of the control software, launched it automatically with a udev rule when the radio is inserted and it was done!

We can power the Raspberry pi with a USB battery and we now have a small portable ground station for the Crazyflie. We have also proven that our PC software tools are easily portable to other architecture thanks to Python and all its libs. Currently the software is tested on Windows and Linux (x86 and ARM), but it should also work on MAC. 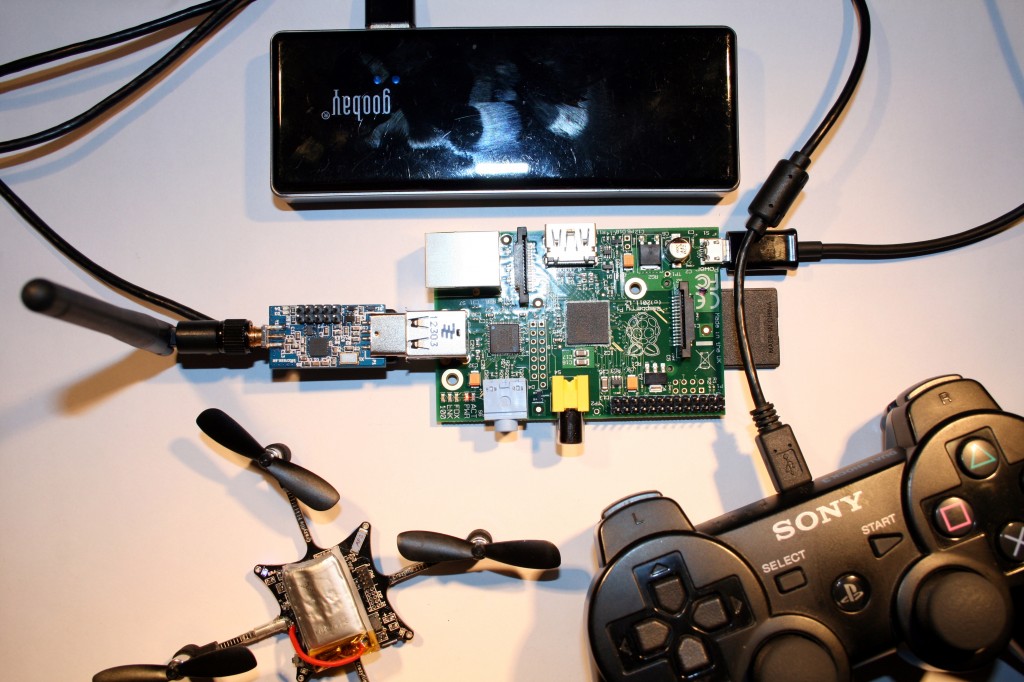