The community interest for FPV flight made us buy a light weight analog FPV kits a while a go. We bought the 5.8GHz micro combo set from fpvhobby to do a first test. It took a little while to solder things together but it wasn’t that bad. We soldered the camera and the transmitter power to the VCOM voltage on the Crazyflie which is available on the expansion port. Then we taped the camera and transmitter to the Crazyflie and did a test flight.  The FPV kit is only about 3 grams which doesn’t affect the flight performances that much. 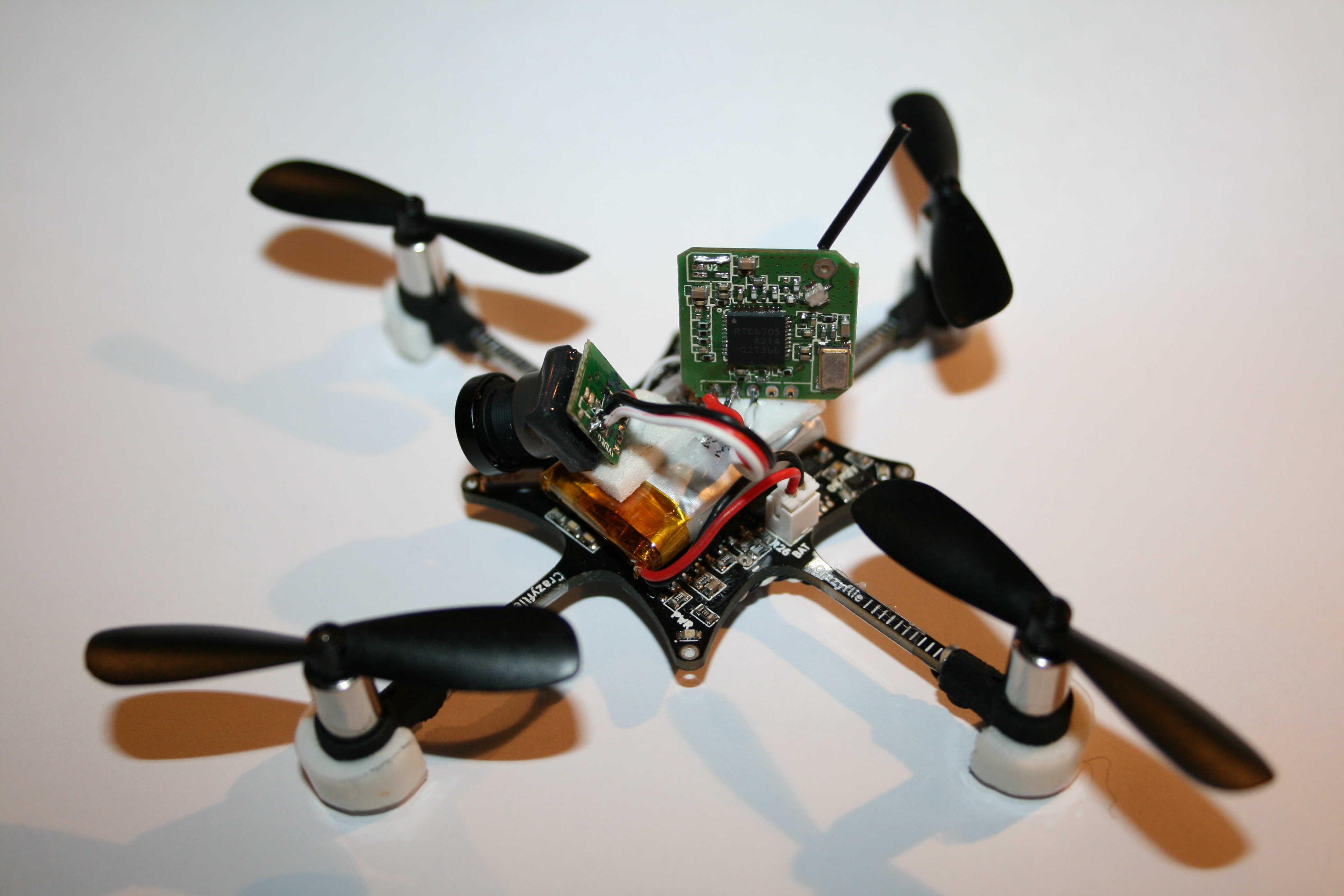 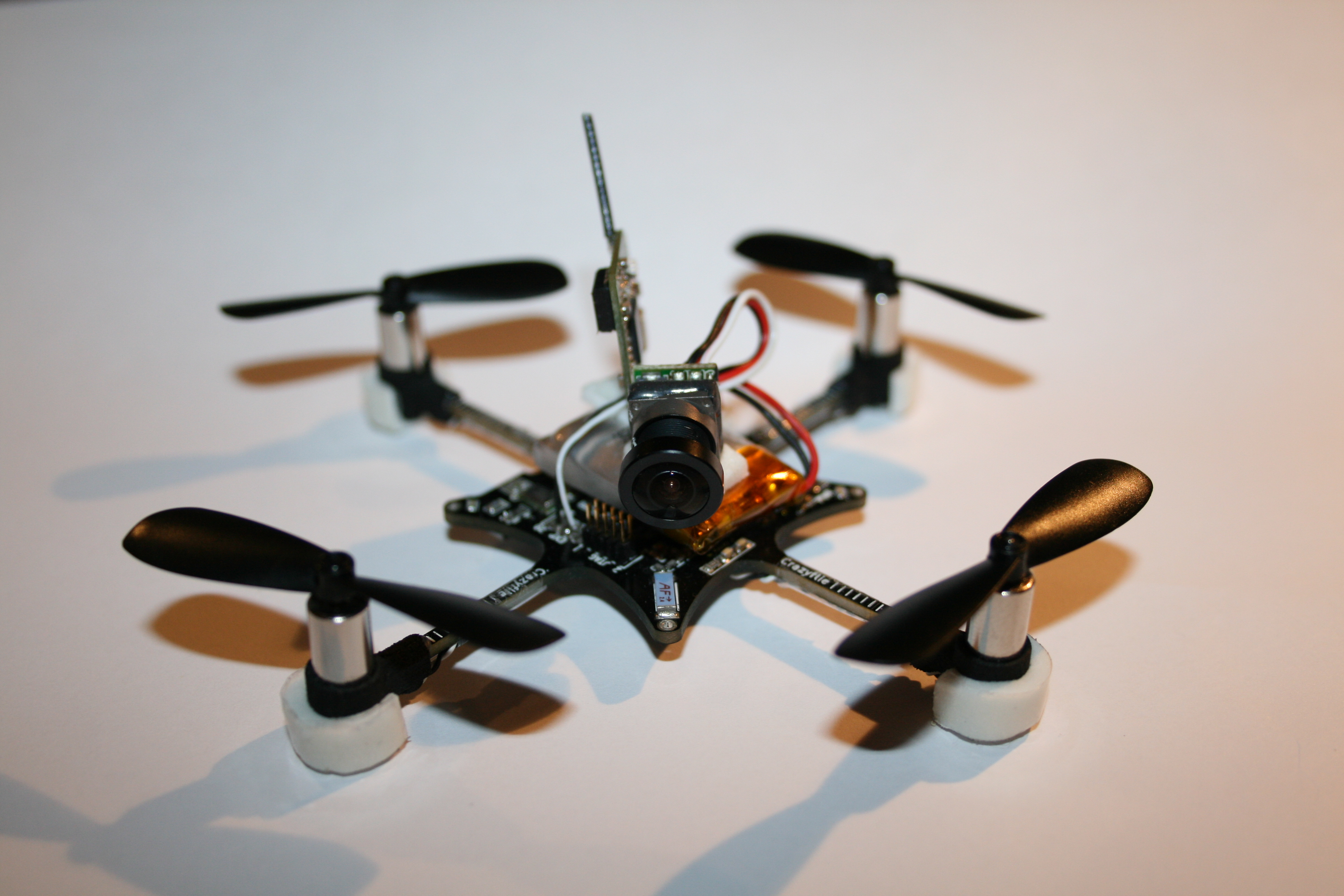 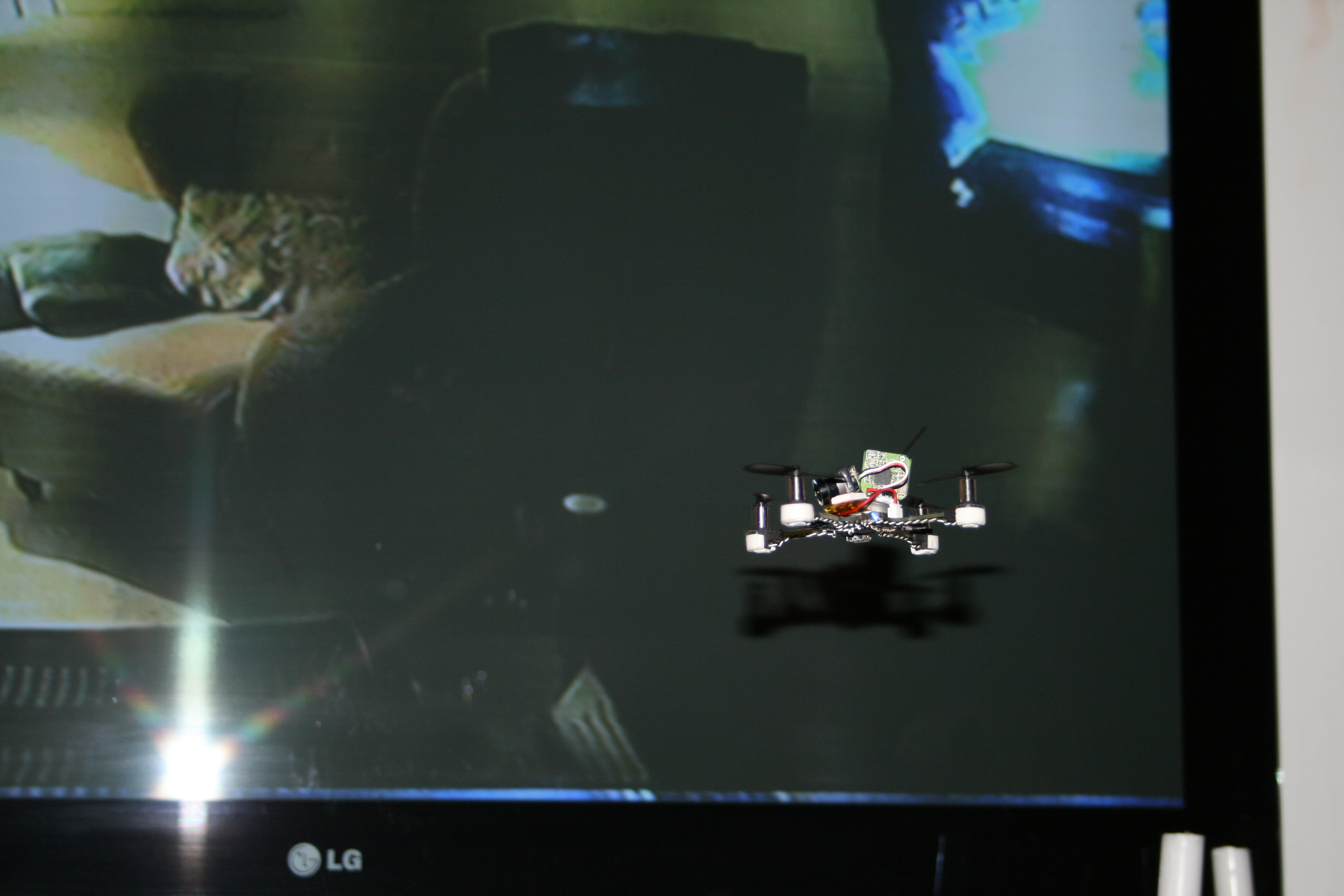 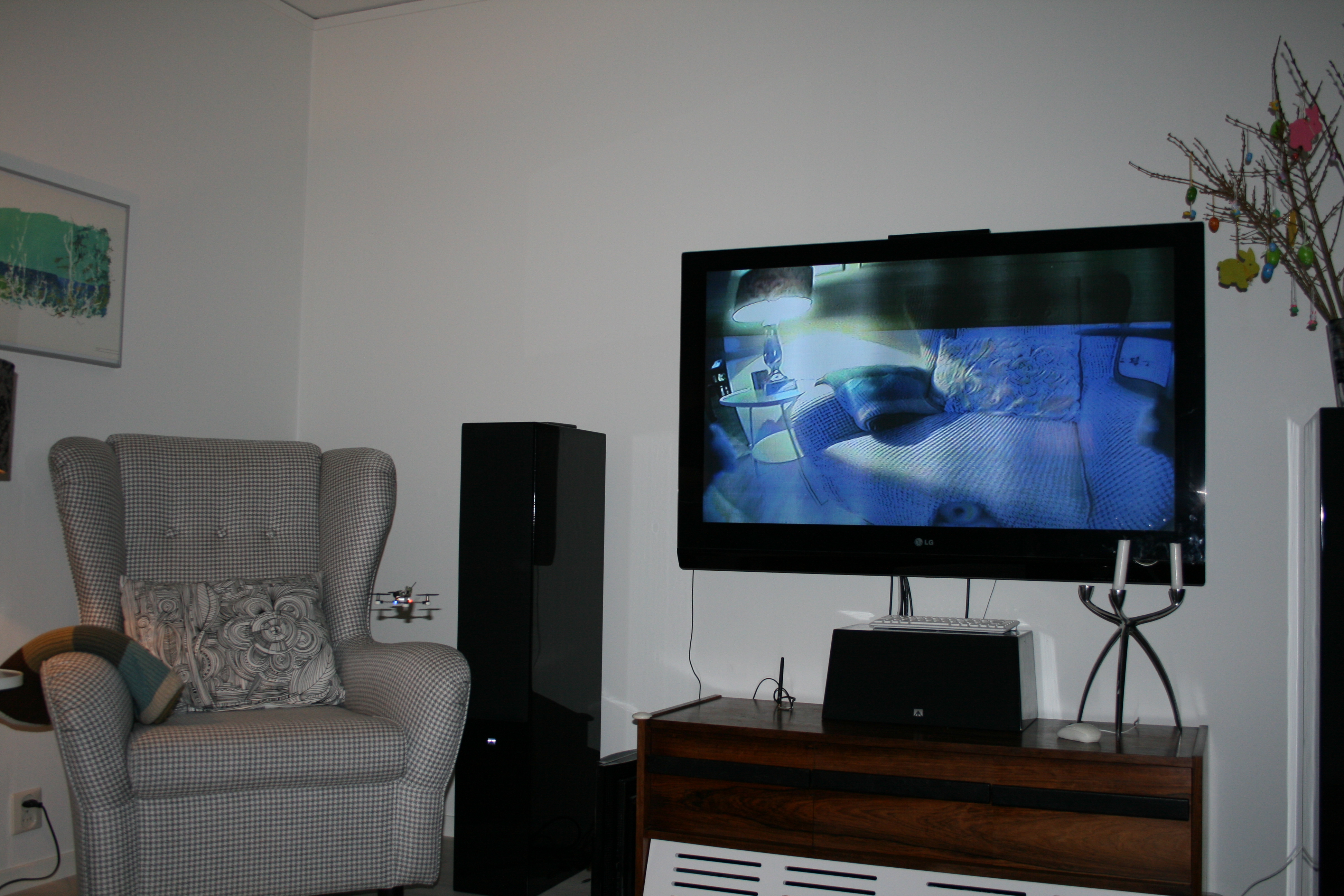 It was almost too easy, but as soon as we took off we noticed some vertical lines on the TV so maybe it wasn’t that easy. There seems to be some electrical interference, probably from the motors. Also the battery voltage drop generated by fast accelerations cuts the video feed after a couple of minutes of flight. We still think that there are some improvements to be done so hopefully it will work better in the future.

As for the production, so far it is still going forward as planned.

Finally an Alpha version of the virtual machine has been posted on the forum, you are welcome to test and report any problem/suggestion you may have :-).