Last year we quickly hacked together a client for Android to show that it was technically possible to use the Crazyflie/Crazyradio on the platform. It worked, but it wasn’t very good. After that not much has happened, until now. Thanks to contributions being made by fredg02, Sebastian Sams and bug tickets from Sascha Heymann, the hackish prototype we did is now turning into something that is actually usable. It’s still under heavy development but there’s already some new features. Here’s a quick run-down of what’s been added:

So the Android client works with phones and tables that support USB host or OTG. Anything else? Well, there just happens to be an Android platform that even comes shipped with an external controller…the Ouya! So if you have an Ouya and a Crazyflie you can just side-load and you are ready to go! Since we are used to the PS3 gamepad we had some issues getting used to the Ouya controller. If you have the same issue you can pair your PS3 controller with your Ouya and use it instead!

Once the software becomes more stable an APK will be released, but until then the repository with the code and issue tracker can be found here. 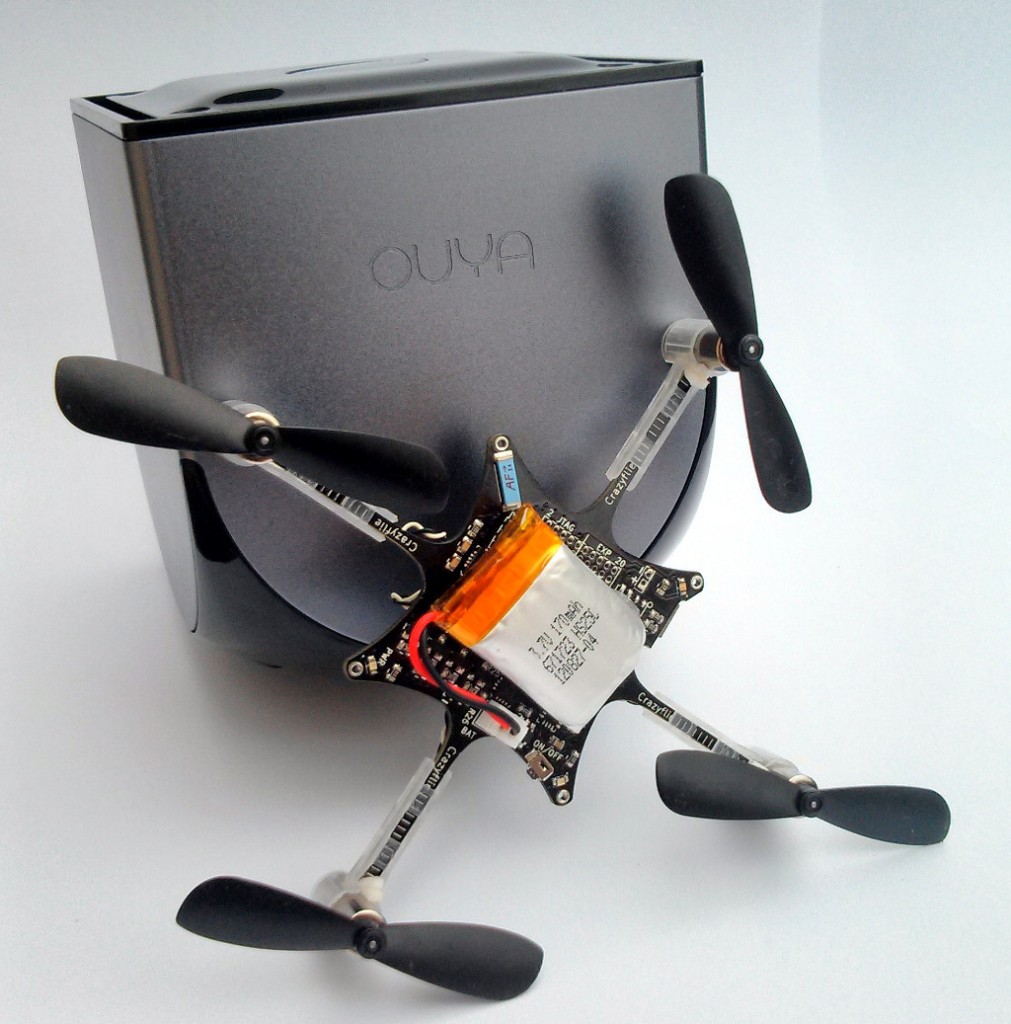