A couple of weeks ago we moved into the Malmö based business incubator Minc. It’s a great chance to get some extra help developing Bitcraze and also to get a chance to meet people from other start-ups. Below is a picture of a bunch of Crazyflies in our lab (i.e the table designated lab). 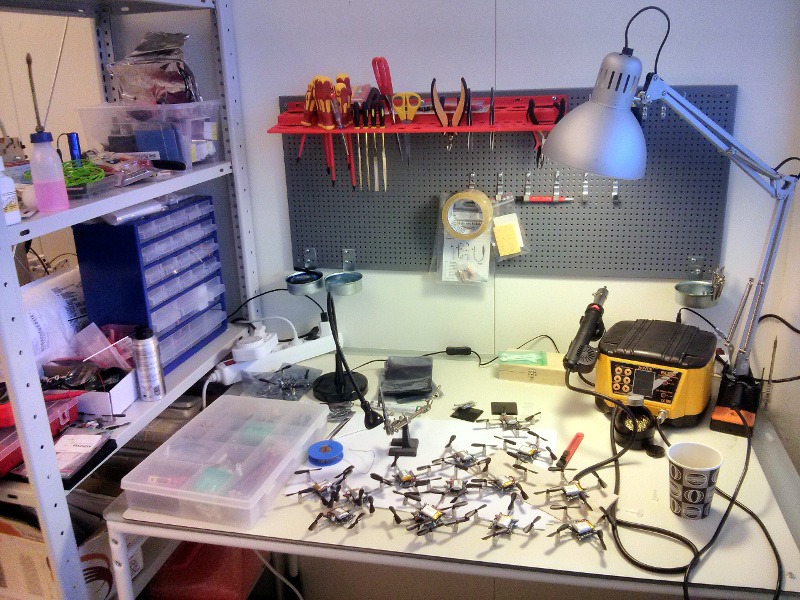 On a more technical note, here’s a video of a blimp that was hacked together with some left over party-balloons and a broken Crazyflie that we had lying around. It’s the day after the party, so there wasn’t that much lift left in the balloons (that’s why we have a bunch of them). After a few hacks to the firmware it actually works pretty well! The motors power has been redistributed and only the Yaw regulation is active, which explains that the yaw is still pretty stable, we are thinking about pushing the ‘blimp-mode’ at some point (first we will need more balloons and Helium though :) ).