Like we mentioned a couple of weeks ago we went to Devoxx UK last week exhibiting the Crazyflie. We got a chance to do lots of fun things, like flying the FPV quad in the keynote and also over the exhibition floor. The image is a bit faded, but we had the luck of having a projector next to us that we hooked up the FPV receiver to so the video feed was projected on the wall behind our booth. Our booth was next to the NFC ring exhibition which had a nerf gun that was unlocked when wearing their NFC ring. We quickly came to the conclusion that trying to shoot the Crazyflie down with the nerf-gun was the way to go :-) It can actually take a couple of direct hits before going down!

On Thursday night we jointed the IoT hackathon hosted by IBM. We got an Arduino with lots of sensors that we were supposed to interface from Java. Unfortunately we didn’t do too well on the Java front, but we managed better with the Arduino. We decided to use on the thumb-joysticks for controlling roll/pitch and a light sensor for controlling the thrust. Our first plan was to use a microphone for controlling the trust with the sound-level, but we realized that might be a bit too tight with time. The joystick and light values are sent via the UART to the PC and picked up in the Crazyflie Python Client using a modified version of the joystick drivers. Instead of reading events from PyGame we read data from the serial port. This makes it alot easier to debug since we get feedback from the input-device directly in the UI. In the end we got it working (kind of..) so we could fly and actually won the hackaton! So now we have a box of sensors that we can  play around with. Below is an image of the sensors connected to the Arduino. 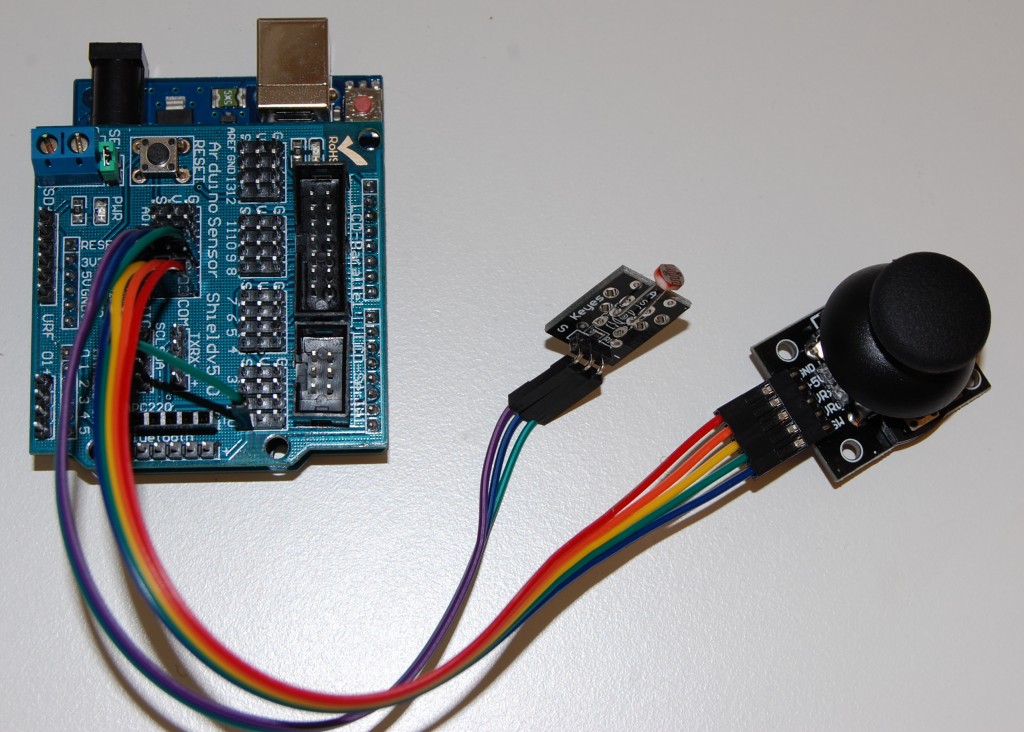