Last week and today we have been busy at making the first DWM1000-based LPS system we are currently developing.

As usual with hardware and production nothing goes according to plan. We sometime envy people working only with software, but then we think about how awesome it is do make physical things. Anyway the plan was to start producing the boards middle of last week but some components where missing. Then we discovered that the regulator we chose did not have the right pin-out (we are quite ashamed about this one, we assumed all regulator had the same pin-out ….). Finally we discovered that the reflow oven was melting the plastic component (connector and buttons), adding small pieces of tin-foil over the plastic parts fixed the problem.

At the end, we managed to start production with a good rhythm this afternoon. We have assembled half of what we where aiming for and the last half will be done tomorrow. As announced before we intend to sell this first pre-pre-production to anyone interested in having early access to the local positioning system (we think university, but getting it to the hands of research lab or hackerspace would be awesome too). If you are interested please drop us a mail.

We have also started to document the LPS system, and we have pushed the DWM1000 open-source C driver, nodes and deck driver to our github. 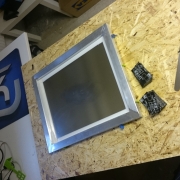 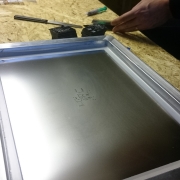 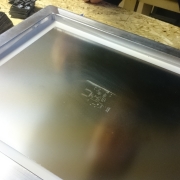 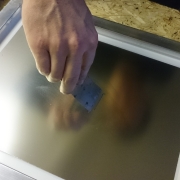 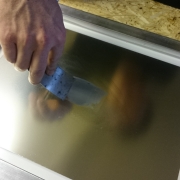 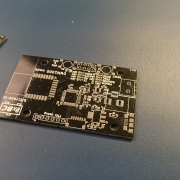 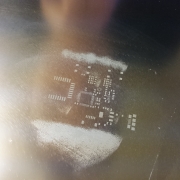 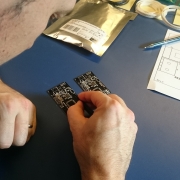 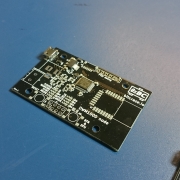 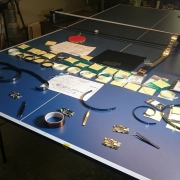 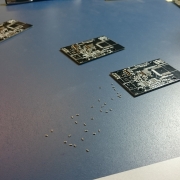 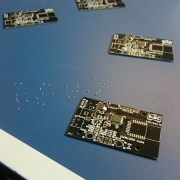 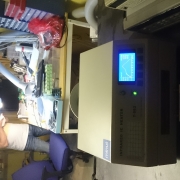