The loco positioning hardware is now manufactured and we are working hard on making it available. Loco positioning is still in early access, which means that we have tested the hardware but that the software still requires some love.

One of the big features still to implement is a position stabilization and position sensor fusion in the Crazyflie. This has been worked on from two fronts in the last weeks.

Community member jackemoore has been working hard on getting the Crazyflie 2.0 with a GPS deck working with position hold. He is getting close to having a GPS position hold working but has stumbled upon some system bugs that have to be solved first. You can follow, or even better help out, with the development on the forum post. 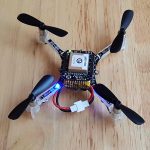 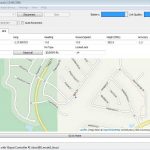 GPS location in the Crazyflie client

Mike Hamer, from ETH Zurich, has started to implement a Kalman filter, based on one of his publications, for the Crazyflie 2.0 firmware. This is still very much a work in progress but the initial results look promising. Mike has found and fixed a bunch of bugs on the way, which has greatly improved the firmware quality and stability. Since it is able to fuse the position estimate with the internal sensors, the Kalman filter will pair nicely with the GPS implementation from jackemoore to add a new layer of stability, as well as with the Loco positioning system. In addition, the Kalman filter is being written in such a way that it should be easy to incorporate additional sensors into the estimate. Keep your eyes open for a blog post in a couple of weeks with more detail on the Kalman filter’s inner workings, and hopefully a fully functional Kalman filter in the Crazyflie shortly thereafter :-).