Summertime is a good time to get outside and play :-). For a long time we have been having an assembled Turnigy tylon frame here at the office just lying around and it was time to put a camera on it and test its wings. It is not really a frame built to host a camera, and the least to put a gimbal on it but the size supports it so why not. So that is what I did, which included plenty of tape, zip-ties, drilling etc. Wouldn’t really recommend this frame and maybe that is why they quickly made a new version. I had a really hard time fitting the motors to the mounts which required getting some motor mount adapters and drilling into the aluminium mount to make them fit. To make the gimbal fit I made some wood extensions of the legs, as that was what I could find lying around. Anyway the result wasn’t that bad so I decided to give it a go. The first flight is always a bit nervous and especially with bigger quads so I took a lot of precautions and triple checked important things. The flight went well without any crash and I just used the stock PID settings when building the firmware. I flew it with the python client and a PS3 gamepad as I normally fly the CF2 and a was watching the signal strength carefully when getting far away. It will not survive a drop from 50m as the CF2 might. The basic functionality of the BiqQuad deck works well but I must admit that there are plenty more to implement before it has a rich feature set. 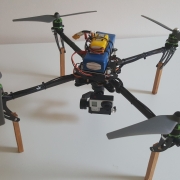 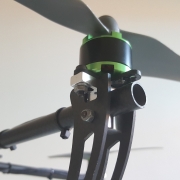 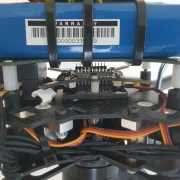 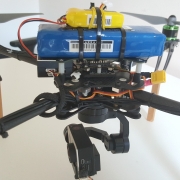 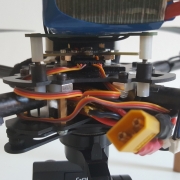 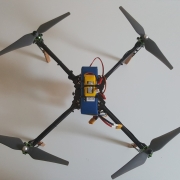 Unfortunately I’m not allowed to publish the onboard GoPro video I took as it captured some public areas (if I interpret the Swedish law correctly).

5 comments on “Testflight with the BigQuad-deck and a GoPro”