The Crazyflie client, the software running on a computer that is used to control and get telemetry from the Crazyflie, is written in Python and used PyQt4 as graphical user interface framework. This has worked quite well and has the advantage of running on windows/mac/linux without much effort. However Qt5 and PyQt5 have been released for a long while now and what should happen is starting to happen: PyQt4 is starting to get depreciated.

The first sign came from macOS, a ticket was reported on the Crazyflie client github indicating that it was not possible anymore to install PyQt4 using the Homebrew package manager. The problem was solvable since PyQt4 was still there but moved in the Homebrew ‘backyard’, so for the time being it still works but is a bit worrying. More recently Python 3.6 was release and there will apparently not be a release of PyQt4 for Python 3.6, this means that if we do not do anything the client risk to not be supported on linux anymore (the next Ubuntu LTS is planned to use Python 3.6).

This was enough to push us to port the client to the new Qt/PyQt5. The port was started by sighmon when the first macOS related ticket was reported but we had a bad bug with the Gamepad reading on macOS, this bug was the main blocker but has been fixed last week so we are now very close to having the port functional! 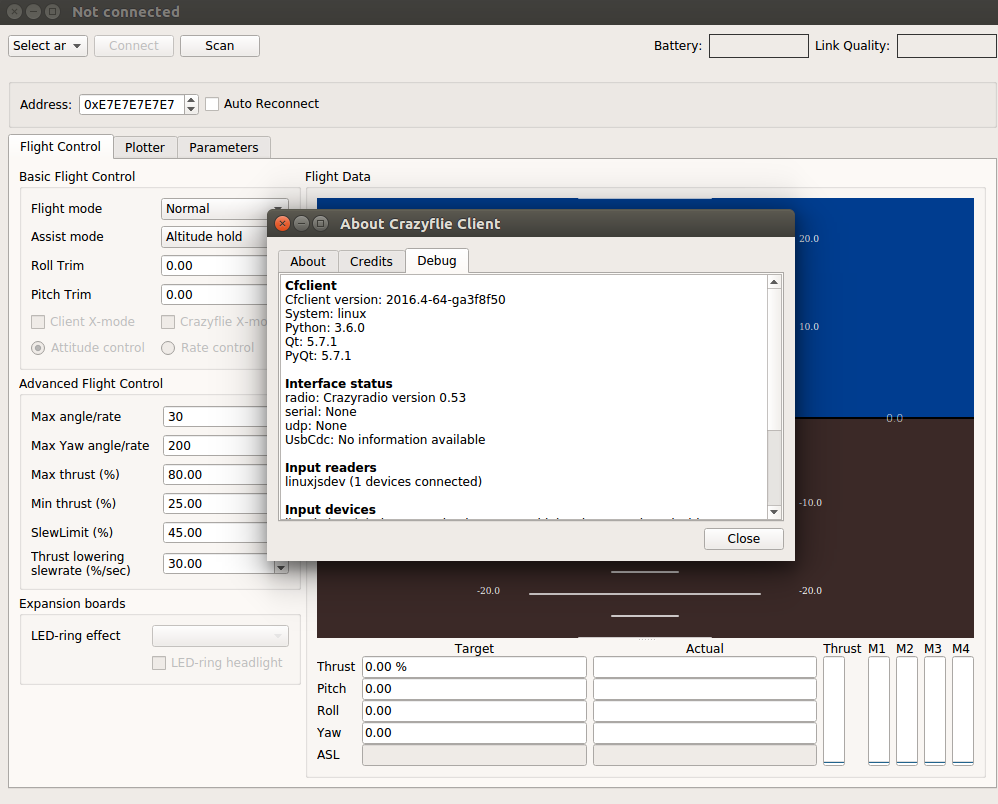 If you are curious about it, we have the port in a branch on github. We are planing on merging it in the following days and releasing a new version of the client in the process.

We are also planing on releasing a Windows build and installer this time. The Windows installer has been built automatically in AppVeyor for a couple of month now and it seems stable enough to become an official version. We still want to make a macOS app out of the client but are still blocked in doing so. If you have experience making macOS app out of PyQt5-based software, we would greatly appreciate some help in getting a mac build, we have a github ticket for it.

2 comments on “Porting the Crazyflie client to Qt5”