We are happy to announce that we have released new versions of the Crazyflie Firmware and the Crazyflie client, both are now in version 2017.4. The main feature of the release is support for the new Z-Ranger deck.

To support the Z-Ranger, a new flight mode has been added to both the firmware and the client: the Height-hold mode. This mode allows to fly with the Z-ranger deck at a fixed height above the floor. 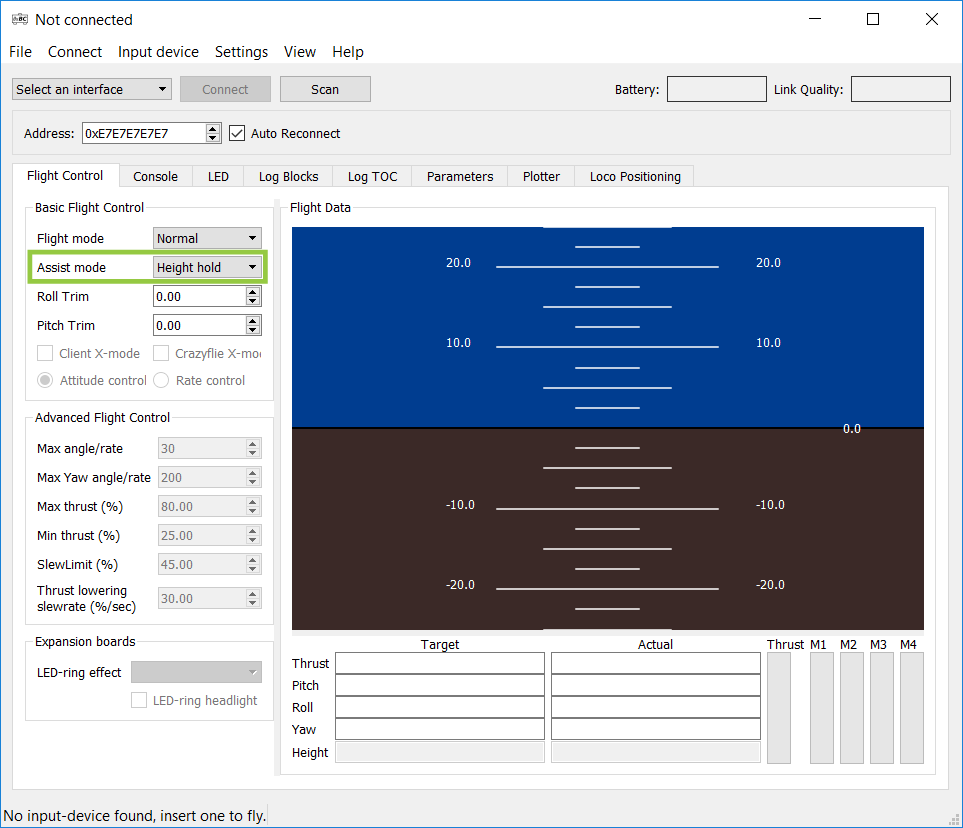 There are also a number of other improvements and bug fixes in the releases, mainly related to the Loco Positioning system and autonomous flight.

On the client side, this new release is also a come-back of the windows build. It means that it is now easier to get started and fly your Crazyflie directly from Windows as you can install it as a native app. We really want to build the client for Mac OS too but have met some problems. If anyone has experience in building pyqt apps for mac OS, with your help we might be able to have a mac build for the next client version ;-).

For instructions on how to upgrade see the getting started guide.