At any given time we have a bunch of deck ideas floating around. Some of them might not be doable (or very hard), but still fun to discuss. Other we just never get around to since we’re always pressed for time. The “obstacle avoidance” deck is one of the latter ones.

The idea with the “obstacle avoidance” deck (current working name in lack of imagination) is to mount one of the VL53L0x ToF distance sensors, the same we have on the Z-ranger and the Flow deck, in each direction. This would allow you to keep a distance to the ground, avoid the walls (or any other obstacles you might fly into) and also keep away from the ceiling. Basically you could do a “turtle bot” that just flies around randomly without crashing. Another fun idea we’ve been discussing is being able to SLAM the room you’re flying in. If you can keep track of how you are moving around (with the Flow deck, Loco positioning system or any other means) while you’re measuring the distance on all sides you could make a map of the room. 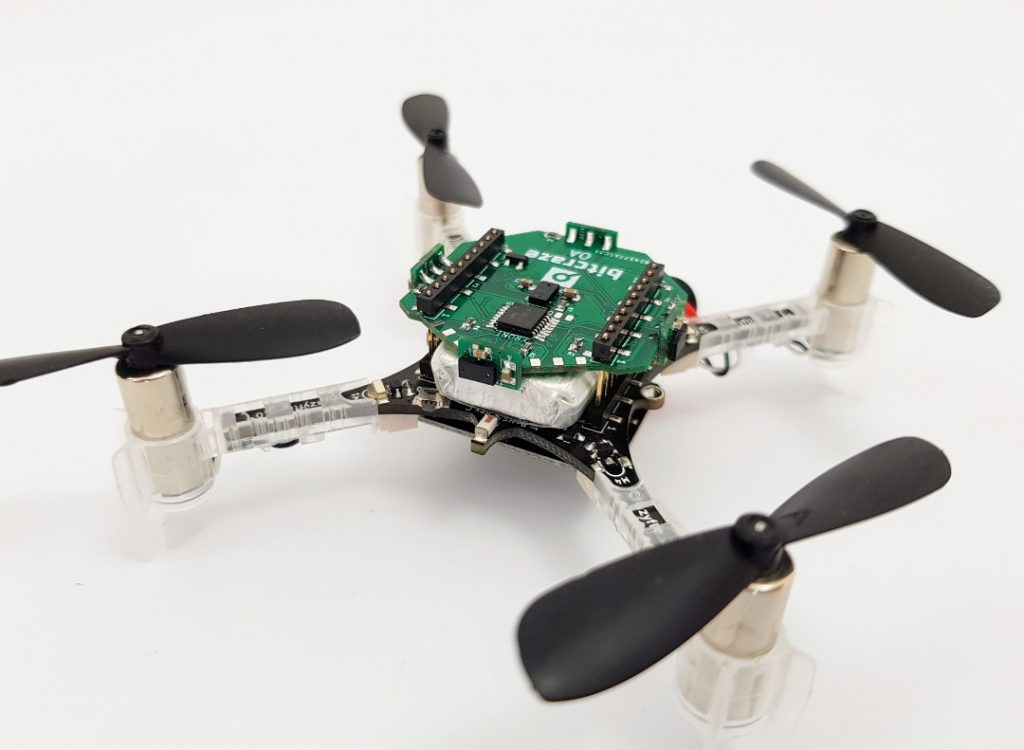 After discussing this on and off for a some time, mainly focusing on mechanical and production issues of the design, we decided to just try out the concept with a simple prototype. The prototype, named “OA”, has daughter boards with VL53L0x sensors mounted front/back, left/right as well as one sensor facing up. It’s designed to be mounted on the top of the Crazyflie 2.0 and combined with the Flow deck which will give relative movement and also the sixth direction, distance to the floor. One of the issues with the design is that all the VL53L0x sensors are on the same I2C bus with the same address. To work around this the sensor has a nifty feature where you can re-program the I2C address. For this to work you need to release the reset of the sensors one by one: release the first reset, reprogram the address and then release the reset of the next sensor. The reset for the VL53L0x is not cabled on the Flow deck, so this is the first to be re-programmed. Then the reset will be released one-by-one for the sensors on the OA deck. In order to control the reset pins on the deck there’s a 8bit I2C GPIO expander. The reason for the GPIO expander is to use as few GPIOs on the deck connector as possible to keep the compatibility with other decks high. For instance the deck will work fine with the Loco positioning deck.

The goal with the prototype is to try out the concept of the deck and to see if it’s feasible. A few of the things we need to sort out is:

The current status is that we’ve verified the electronics and written the I2C GPIO expander drivers to test all the sensors. The next step is to work on a new VL53L0x driver to allow multiple sensors running at the same time, which will force some refactoring of the firmware.  Once we’ve made some more progress we’ll do another post and report the results. If you have any feedback on the design/concept or have any ideas of what the deck could be useful for, don’t hesitate to drop a comment below.