We just released a new version of the Bitcraze VM, version 2018.01. Nothing very new in this version, the VM has been rebuilt so that all the projects included in it are now up-to-date. This solves an issue where the Crazyflie client was blocked in the previous revision. 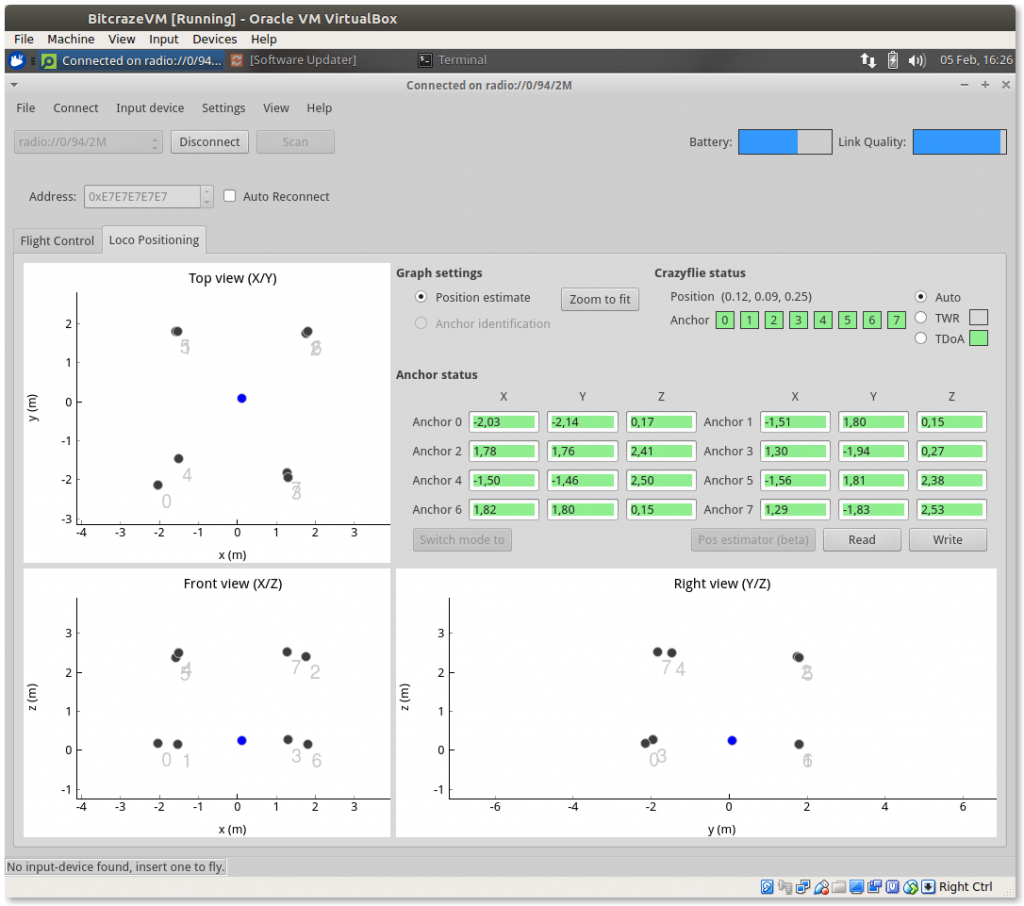 The current VM is running a quite old version of Ubuntu, the 14.04 LTS version. We are planning at refreshing the VM by making a new one when Ubuntu 18.04 LTS is released.

Since the Crazyflie 1 time we have been documenting the VM as a standard development environment. This has a couple of advantages:

However the VM solution also has drawbacks:

So, the situation is not ideal, and we would love to get some feedback from the community.

There are two very different parts in the system: the lib and client in Python, and the firmwares in C.