We’ve made a little example where you can control the Crazyflie with a keyboard (using velocity mode) that records estimated position, body attitude and all the distances (down/up, left/right, front/back) from the ToF sensors. We then did some post-processing of the log data and plotted it using pyntcloud, you can see the results in the point cloud. There are still lots of possible improvements (like taking body attitude into consideration) to be made on the script, but once we’ve cleaned it up a bit we’ll publish it on GitHub so others can play around with it. Note that in the plot the blue points are up/down sensors (i.e Crazyflie movement) and the red points are the side sensors (front/back/left/right). 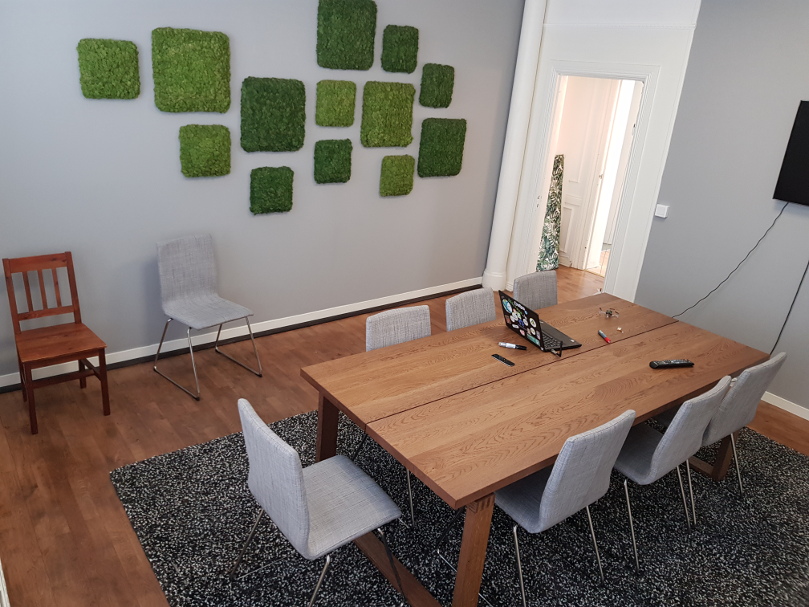 The room that was mapped

So far we’re happy with the results. We feel that the increased range and new features enables users to work on more interesting problems with the deck, so we’ve decided to switch our the sensors and go to production with the new one. Right now we’re running a 0-series of 10 units using the real production manufacturing fixture (for the standing PCBs with sensors) as well as the production test rig. Our best estimate for when the deck will become available for purchase is some time during the summer. Below is a picture of the latest prototype. We’ll make sure to keep you updated on the progress! 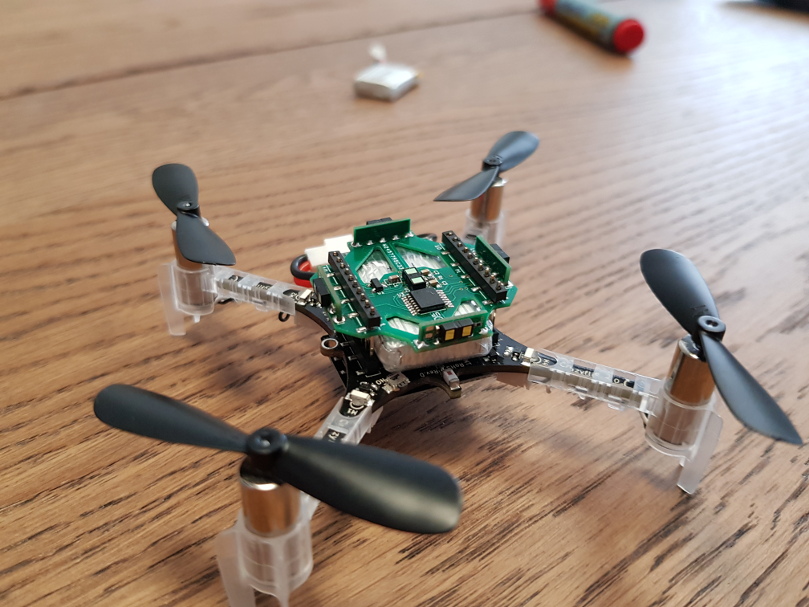 On an additional note we’re having some issues with our warehouse provider which ships out orders from our E-store. In the beginning of the month the provider hade scheduled a move of the warehouse to a new physical location which would delay handling of orders for max a week. Unfortunately the move, which should have been finished mid last week, is still in progress which means we can’t ship out any orders for the moment. We’re working hard on trying to work this out with the provider.