First of all we are happy to announce that (almost) all products have been stocked in the new warehouse and are now shipping! The last orders that were on hold are on their way out and new orders placed in the store will now be shipped again within a few days.

We released the TDoA mode, a.k.a. swarm mode of the Loco Positioning System back in January. TDoA supports positioning of many Crazyflies simultaneously which makes it possible to fly a swarm of Crazyflies with the LPS system. The release in January was actually the second iteration of the TDoA implementation (the first iteration was never publicly released) and it is also known as TDoA 2. 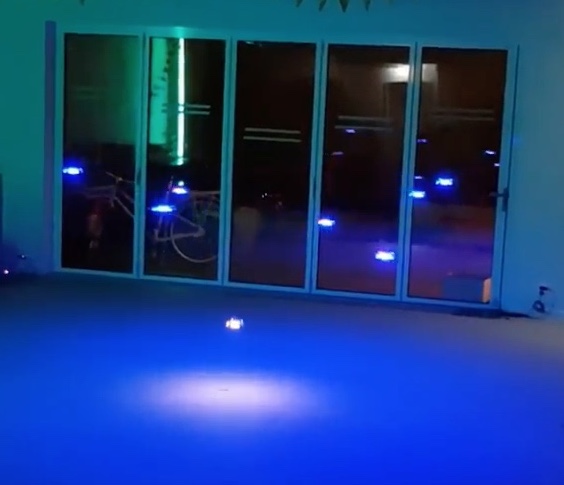 TDoA 2 works well but there are a couple of snags that we would like to fix and we have now started the work on the next iteration, TDoA 3.

TDoA 2 is based on a fixed transmission schedule with time slots when each anchor transmits its ranging packet. All anchors listen to anchor 0 and use the reception of a packet from anchor 0 to figure out when to transmit. The problem with this solution is that if anchor 0 stops transmitting for some reason the full system will stop transmitting positioning information. This is clearly a property that would be nice to get rid of.

The packets in the TDoA 2 protocol have 8 slots for anchor data that are implicitly addressed through the position in the packet. First slot is anchor 0, second slot anchor 1 and so on. This setup is easy to use but creates an upper limit of 8 anchors in the system.

The maximum radio reach of an anchor depends mainly on the transmitted power and the environment. This distance, in combination with a maximum of 8 anchors and that all anchors must be in range of anchor 0, sets an upper limit of the volume that an LPS system can cover, basically one large room. When we designed TDoA 2 we were happy to be able to support a swarm of Crazyflies and did not really bother too much about the covered volume. We get more and more questions about larger areas and more anchors though and it would be nice to have a positioning system that could be expanded.

What we want to do in TDoA 3 is to transmit packets at random times and add functionality to handle the collisions and packet loss that will happen in a system like this. The idea is that the even if some data is lost, the receiving side will get enough packets to be able to calculate the distance to other anchors or a position as needed. By removing the time slots and synchronization to anchor 0, we get rid of the single point of failure.

In the TDoA 3 protocol, we have added explicit ids to the anchor data, and thus removed the implicit addressing of anchors. We have 8 bits for anchor ids and the system will handle 256 anchors for sure. We do think that it will be possible to design larger systems though by reusing ids and making sure that the radio ranges of anchors with the same ids do not overlap.

The UWB radios have a nice property that makes this a bit easier to handle collisions than one might first think, if they receive two packets at the same time, they will most likely “pick” one of the packets and discard the other. The drawback is that it is likely that the receive time of the packet will be less accurate. We are not completely sure it will be possible to detect and handle the added noise in the time stamps but we have good hope!

The current state of the project

Last week we did a proof of concept hack when we modified the old TDoA 2 implementation to transmit at random times, as well as minor modifications to handle random receive order of packets. It all worked out beautifully and we could fly a short sequence in the office with the new mode. The estimated position was a bit more shaky which is not surprising, considering that the receive times are more noisy.

We have just started with the real deal.  We have designed a draft spec of the protocol and have also started to implement the new protocol on top of the old TDoA2 algorithms in the anchors and the Crazyflie to get started. Next steps will be to introduce random transmission times, dynamic anchor management and better error handling. The TDoA 3 implementation will exist in parallel with the current TDoA2 implementation and should not interfere.