The Crazyflie 2.0 has been flyable in MoCap systems such as Qualisys, Vicon or Optitrack for quite a while thanks to the Crazyswarm project. For the MoCap systems to be able to track the Crazyflie it needs to be fitted with reflective markers. These can be attached on e.g the motor mounts which in some cases might be the best solution, however we also liked the idea of creating a deck where the markers easily can be attached and in many, repeatable configurations, that is why we created the Mocap deck. This deck is now soon to be released but before we start manufacturing it would be great to get some feedback. 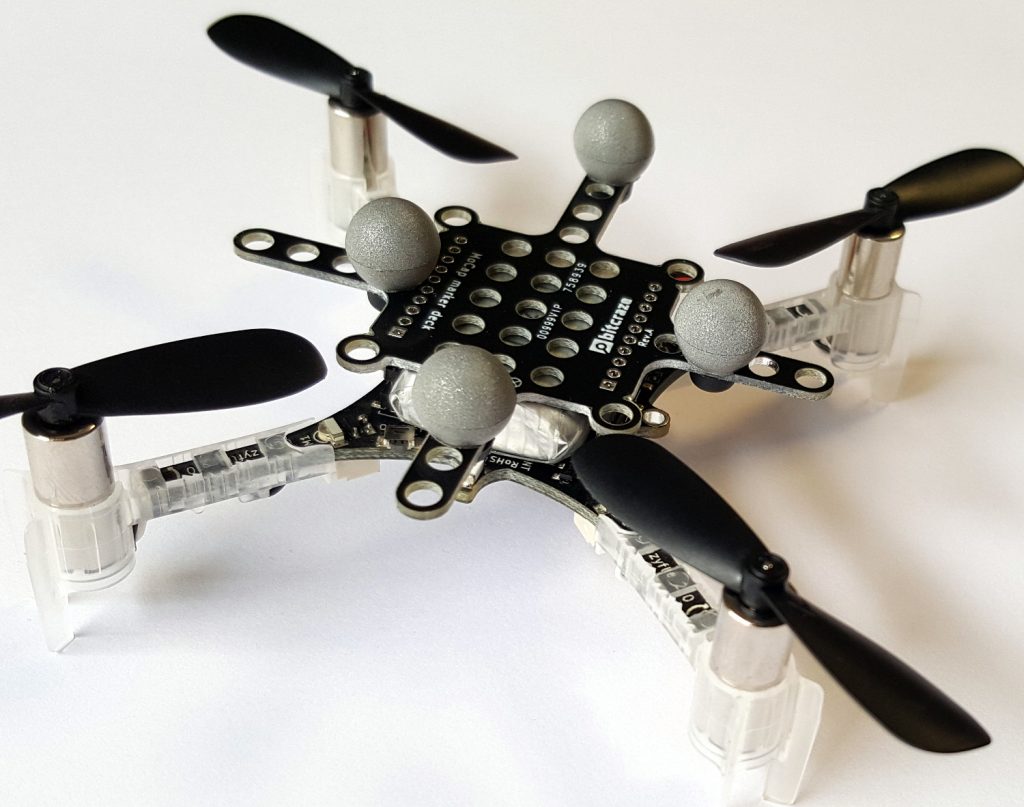 The deck has M3 sized holes which is spaced on a 5mm grid. The deck also has footprints for two optional push buttons that can be used to e.g. trigger a take-off or start of a demo. And as the battery holder deck, which has no electronics, so this can be mounted upside down for better fitting of the markers, if the buttons aren’t mounted of course.

We are collaborating with Qualisys, also based in Sweden (in Gothenburg), to make the Crazyflie more moCap friendly and make it easy to use together with the Qualisys system as well as other mocap systems. Qualisys will provide the markers for the moCap deck.

Qualisys and Bitcraze are exhibiting together at IROS in Madrid where we will show some awesome demos with a moCap system as well as other position technologies and we are also hoping to fly a Crazyswarm. We will publish more information when we get closer to the conference.