Last week we have been focusing on making a release for nearly all our firmware and software. This was done mainly to support the new products we will release this fall but it also contains a lot of other functionality that have been added since the previous release. In this blog-post we will describe the most important features of this release. 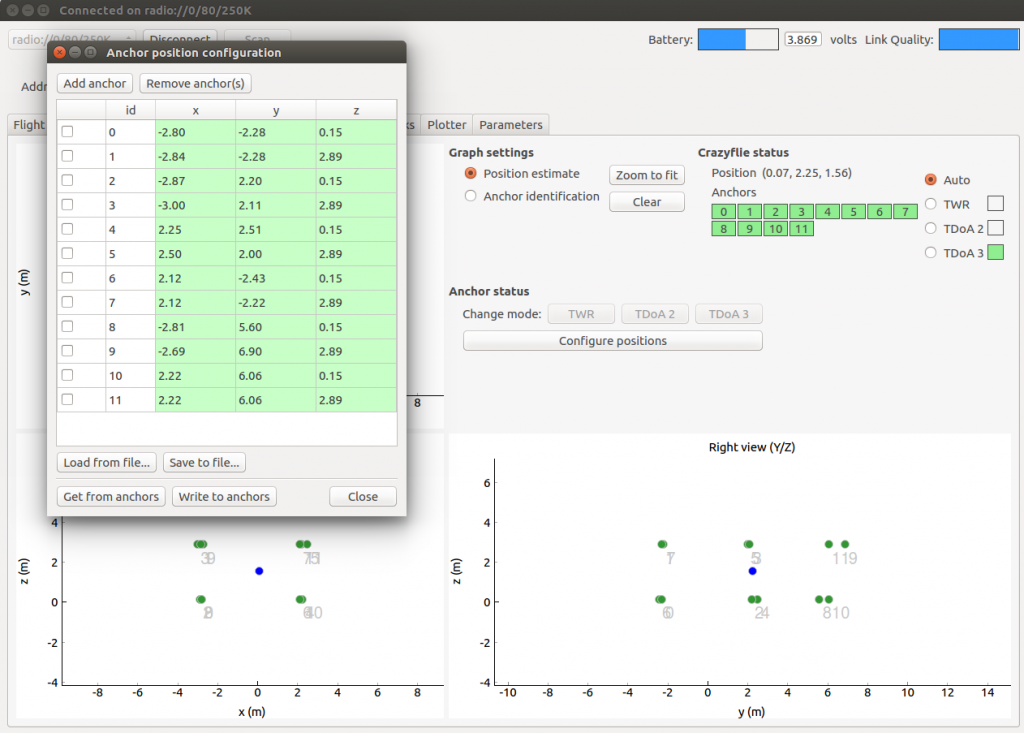 The Crazyflie firmware and Crazyflie client 2018.10 adds support for a range of new decks that are about to be released:

The Flow deck V2 is already available in our webstore. The Z-Ranger V2 and Multiranger will be available in the following weeks, stay tuned on the blog for updated information.

A lot of work has been put in the Loco Positioning System (LPS) this summer. The result of this work is the creation of a new ranging mode: TDoA3. TDoA3 allows to fly as many Crazyflie as we want in the system and to add as many anchors are needed, see our previous blog-post for more information. With this release TDoA 3 is added as a stable ranging mode for LPS. The added features related to LPS are:

As usual the release build and release note is available on Github. The Crazyflie client and lib are also available as python pip package as cfclient and cflib.