In August we got invited by Marion from ETH Zurich to help out with this years PolyHack, that is organized by Telejob, and which theme was about drones. We really like this kind of events but our reality is that we normally don’t have enough time to participate. For this occasion though we had the opportunity to both have fun and see how our products work when used during an event like this. Two birds with one stone and the decision was made.  Together with one of the main sponsors ELCA, we organized the flying postman challenge:

Drones seem to be the future of post deliveries, but how is it going to work? Join us to reproduce a swarm of drones delivering parcels through a city to have a glimpse at this future!

The challenge the teams got was to deliver as many parcels within 5min in a miniature city, 4m x 4m, using Crazyflies. Since the Crazyflies can’t carry that much payload the parcels was just digital/imaginary but had to be picked up at a pick-up zone. They were allowed to use up to thee Crazyflies simultaneous to increase capacity. For more details checkout the challenge description. 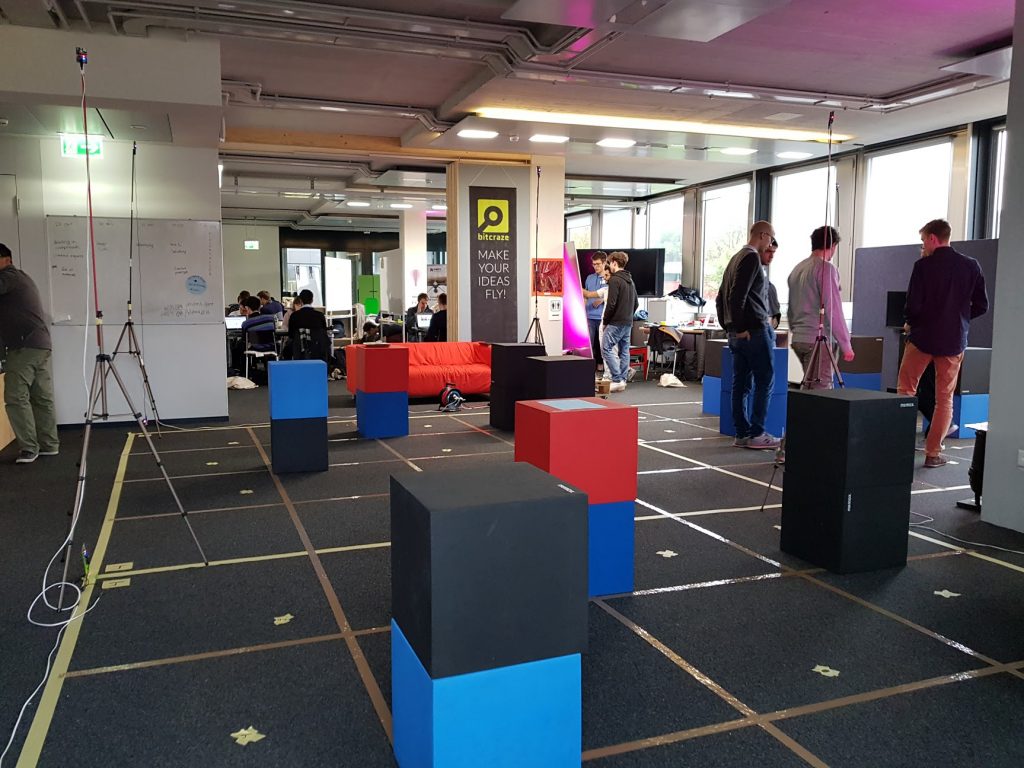 To manage the challenge ELCA developed the CrazyServ which uses a REST API to control Crazyflies, wrapping the high level position commander, and to pick-up parcels. One nice benefit with a server is that it can keep track of which parcels has been picked up and been delivered making the scoring fully automatic.

Bitcraze part in the challenge was to bring drones, technical support and our loco positioning system to make up the 4m x 4m city. Or actually three of them, as there were going to be six teams competing for the victory. The initial information was that the three systems would be installed in separated rooms, far away, but we ended up having them side by side. That left us with some live-hacking, changing from TDoA-2 to TDoA-3 so the anchors would not interfere with each other. We ended up using 12 anchors in total which gave enough precision for the PolyHackers to complete their challenge.

The PolyHack was a success and we had a great time. The winning team in our challenge, Electek Innovation, managed to deliver 19 parcels during the 5min with the use of a “loop” system. Congrats and well done! If you get inspired by this hackaton the CrazyServ is available on github! Together with a e.g. swarm bundle it shouldn’t be to hard to reproduce.

Thanks Telejob for letting us take part of this great event!