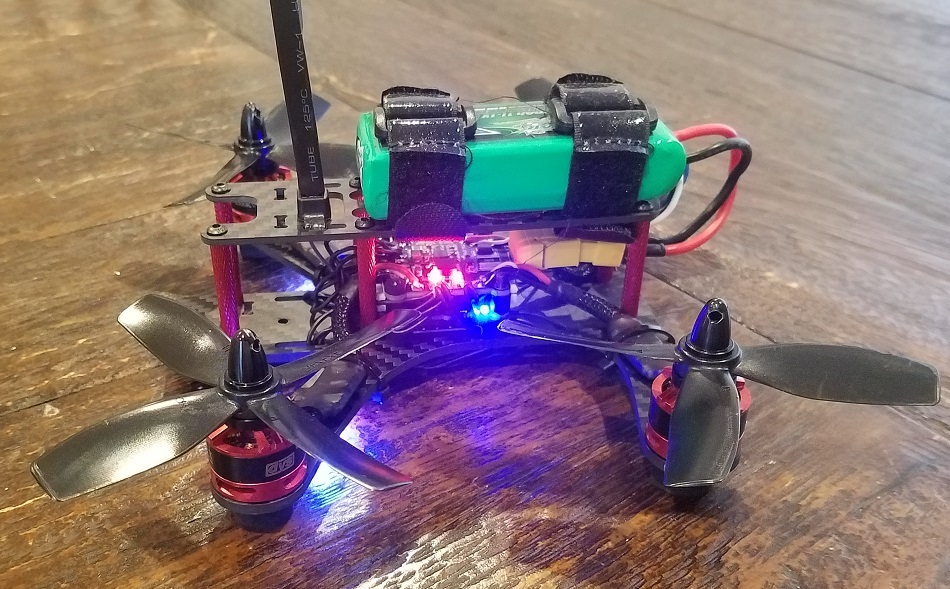 I started working with the Crazyflie 2.0 in 2015. I was interested in learning how to program a quadcopter, and the open-source nature of the Crazyflie’s hardware and software was the perfect starting point.

Shortly after, I discovered the world of FPV and the thrill of flying with a bird’s eye view. My journey progressed from rubber-banding an all-in-one camera/VTX to my Crazyflie, to building a 250mm racing quad (via the BigQuad deck), and into the world of Betaflight (including bringing Betaflight support to the Crazyflie hardware). 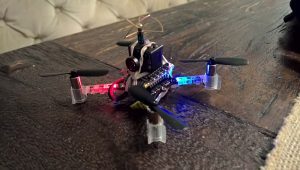 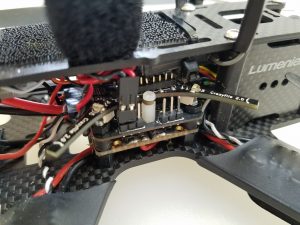 Naturally, the announcement of the Bolt (then known as the RZR) piqued my interest, and the folks at Bitcraze graciously allowed me early hands-on with the product.

This post details my progress towards building out a FPV-style drone on top of the Crazyflie Bolt.

The FPV community has come a long way since 2015. What once was a very complicated process is now well documented and similar to building a PC (well, with some soldering). For latest details on the specifics of building FPV drones, I recommend resources such as Joshua Bardwell or the r/Multicopter subreddit.

Turns out I had enough components lying around for a 4-inch (propeller diameter) build based on 3S (3 cell) LiPo batteries. Again, there’s nothing special about these parts (in fact they’re all out of date). Take this list as a guide, and do your own research. 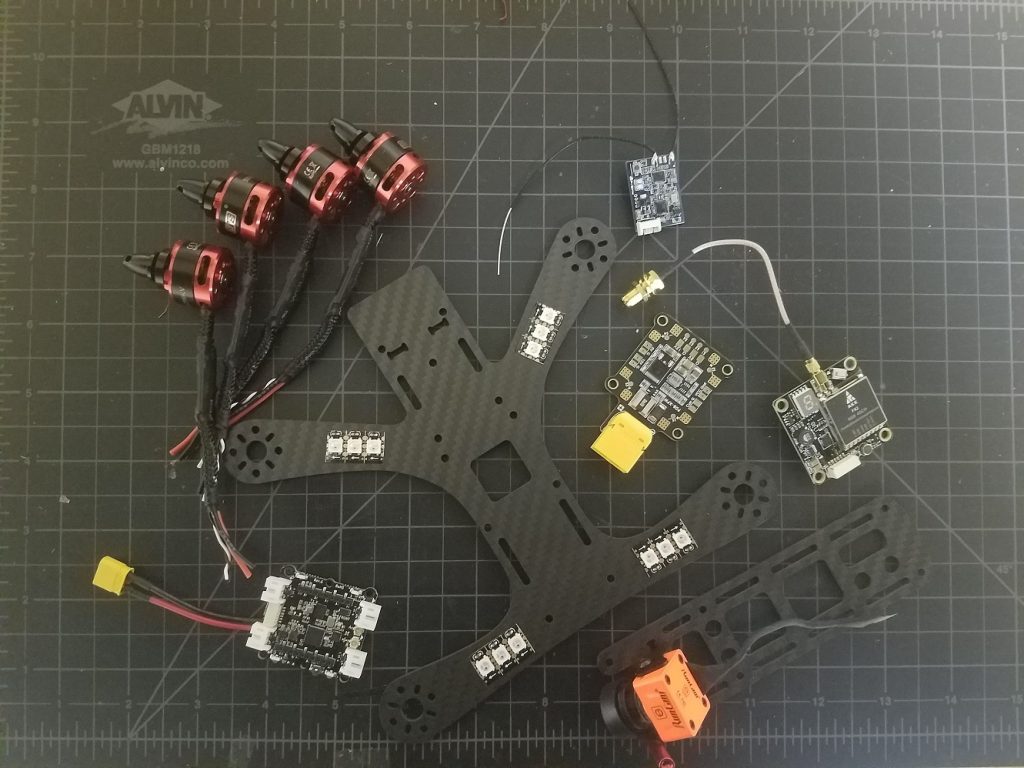 Again, there are hundreds of fantastic guides on the web that detail how to build an FPV quadcopter. Instead of trying to create another, here are some notes specific to my Bolt build.

Since the Bolt is pin compatible with the Crazyflie, I thought it would be interesting to try and take advantage of a couple existing Crazyflie expansion decks in my build: The LED Ring Deck, the Flow Deck v2, and the Micro SD Card Deck. 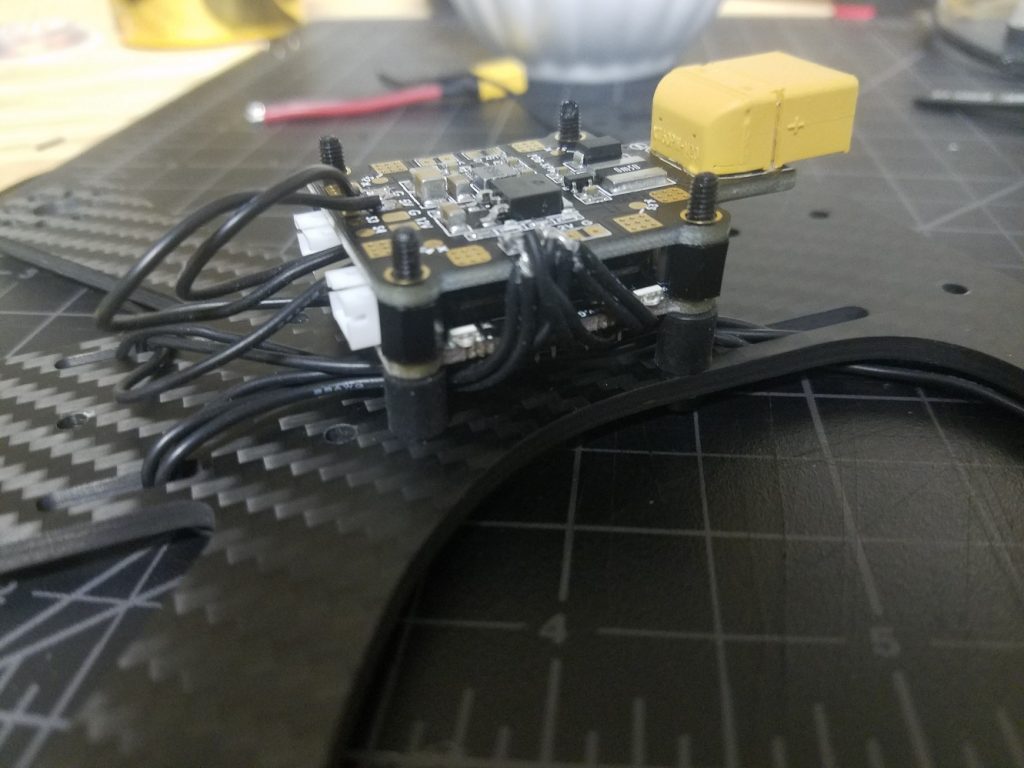 The LEDs were the most hands-on feature to enable. Rather than simply attaching the LED ring inside the frame, I mounted a series of WS2812B lights to the underside of my frame’s arms. The LED Ring Deck consists of 12 LEDs connected in series — so I put three LEDs on each arm of the frame and wired them up in a daisy-chain.

Finally, I soldered the lead to IO_2 (the same that’s used by the LED Ring Deck) on a Breakout Deck. 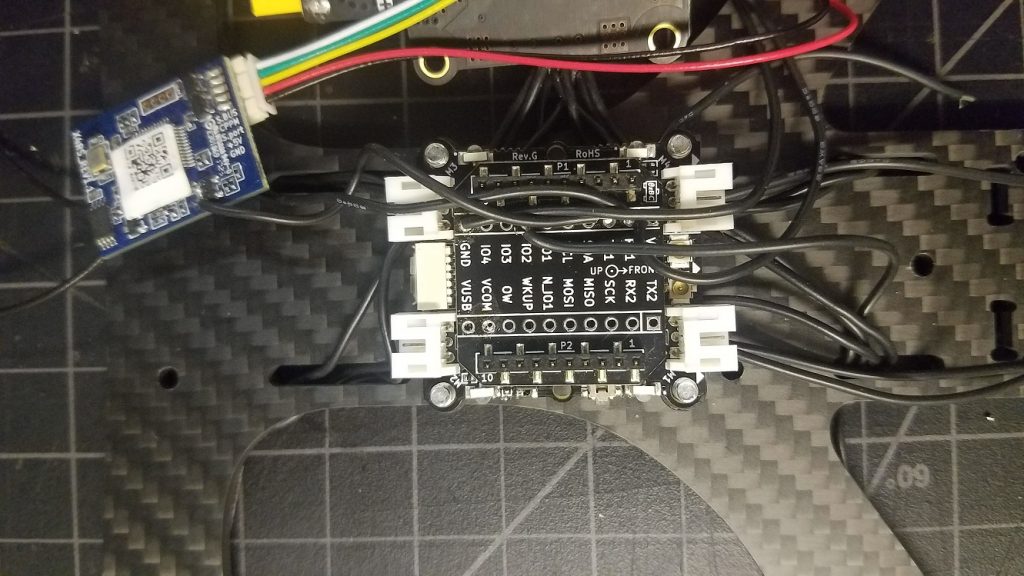 Since this isn’t the official LED Ring Deck, there’s no OW memory ID. The deck must be force-enabled by specifying a compile flag in your tools/build/make/config.mk file:

With the custom firmware, the under-arm LEDs work just like the LED Ring Deck (other than the lack of front-facing LEDs).

Most popular flight controllers feature flash storage or SD card slots for data logging. The FPV community uses storage to log sensor data for PID tuning and debugging. Naturally, this deck is a good fit on my Bolt build, and requires no additional modification.

Remember my interest in the square cutout on my frame of choice? That, and my unorthodox choice to mount the Bolt board below my PDB, means I can theoretically use the bottom-attached Flow Deck to achieve some lateral stabilization while close to the ground. In theory, the VL53L1x ranger should work outdoors thanks to its usage of 940nm light as opposed to 850nm. 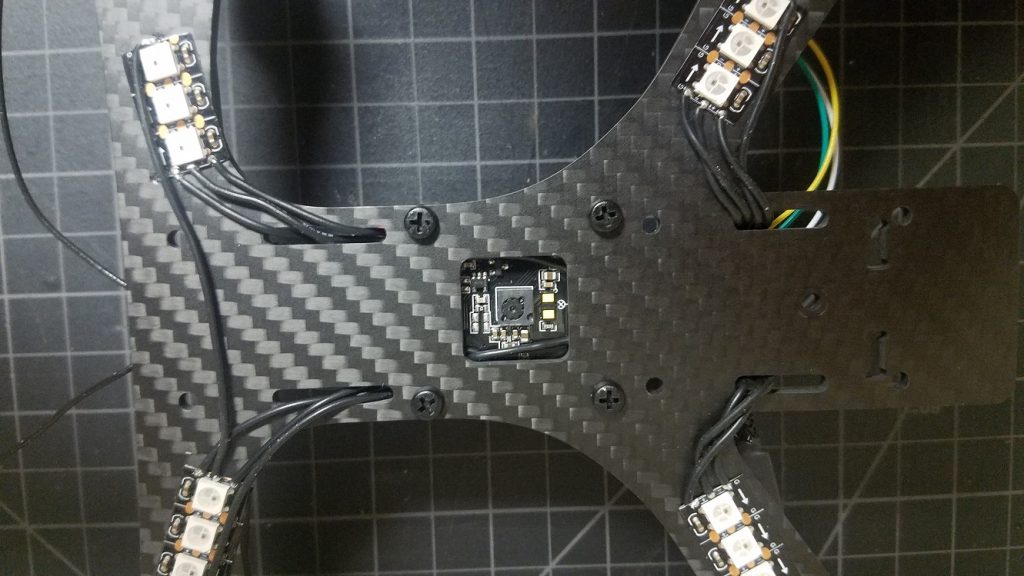 It works! There is work needed to improve flight, though:

All in all, this was an enjoyable project and I’m excited to see some autonomous brushed quads coming out of the Crazyflie community!