Continuing our post last week here’s a video showing the Adafruit NeoPixel ring and some of the effects that we did. The client code still needs some cleaning up, but the firmware is pushed here.

The firmware implementation includes two parameters, ring.neffect and ring.effect. The first parameter is used to know how many effects are implemented and the second one is used to set the index of the effect that should be used. For our current implementation we just loop though all the effects with either a joystick button or using the thumb together with the Leap Motion. It’s also possible to use these parameters directly from the UI as seen in this blog post. 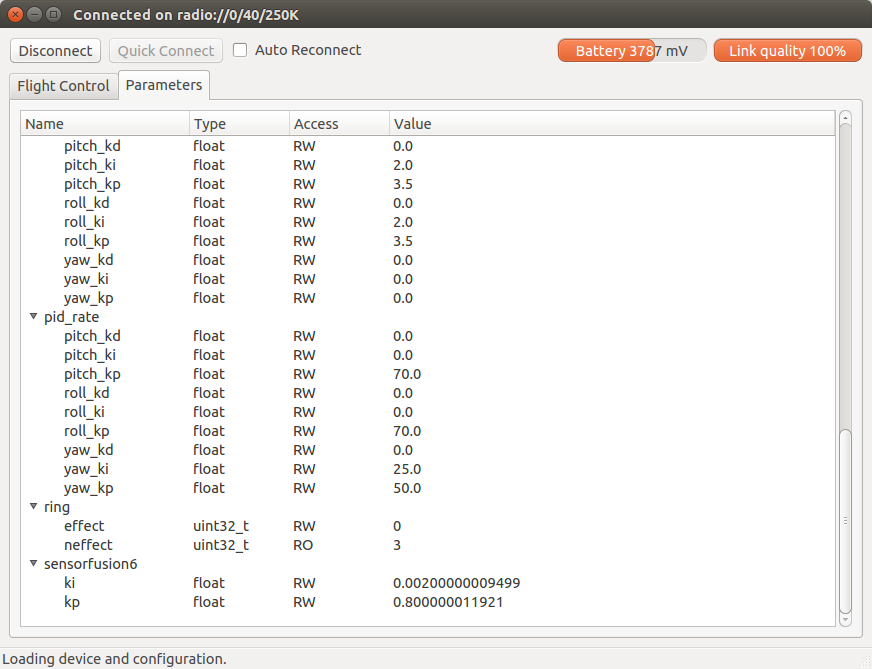 Some of the effects we implemented are just blinking patterns, but we also wanted the ability to show feedback from the firmware using the ring. This has been enabled by adding an API in the firmware to access variables exposed though the logging framework. Using this API the firmware can access the same variables in the logging as the client. This enables all kinds of fun possibilities. In the video you can see (blurred) our implementation showing which direction the Crazyflie is tilting, but we have also been working on showing thrust (think rocket :-) ) as well as other things. We have done our best to implement a couple of effects, but there is so much more cool effects that could be done. So the firmware allows for custom effects and also for mixing multiple effects together (see this code).