During the last week there’s been lots of work, but we don’t have that much to show for it. We’ve spent a lot of time discussing what we should do during 2015. Last year there was a clear focus: develop, release and ship the Crazyflie 2.0. But up until now we haven’t really discussed what the goals for 2015 are. It’s not that we don’t have ideas, there’s always lots of ideas. It’s more about finding a common focus to work towards. It’s still ongoing, but there’s a few points that we know. We will of course continue the development (firmware, software, clients) of the Crazyflie as well as creating more expansions for the Crazyflie 2.0. For the expansion boards we’ve already talked a bit about it before, but for the firmware/software side we haven’t communicated our plan. The reason for this is simple, there’s not really been a plan for this. The main focus has been stabilization and creating clients for iPhone and Android. But now that it’s done we need to move forward with new features. If you have any feedback on this please let us know. Something that we are hoping to work on is ROS integration. (Edit: well, what do you know, this has already been started by Wolfgang Hoenig, the power of open source! Here’s a link) Once we figure out the plan we will let you now :-)

Fred, the main developer of the Crazyflie Android client, is doing a presentation about the Crazyflie at FOSDEM next weekend. Arnaud will be attending as well so if you would like to meet up, let us know!

But a few things happened during last week:

As for the RPM measurements and analysis we’re working on it, but it’s not ready yet… We are however making progress and it’s been very interesting, have a look at the thrust fixture we made :-). 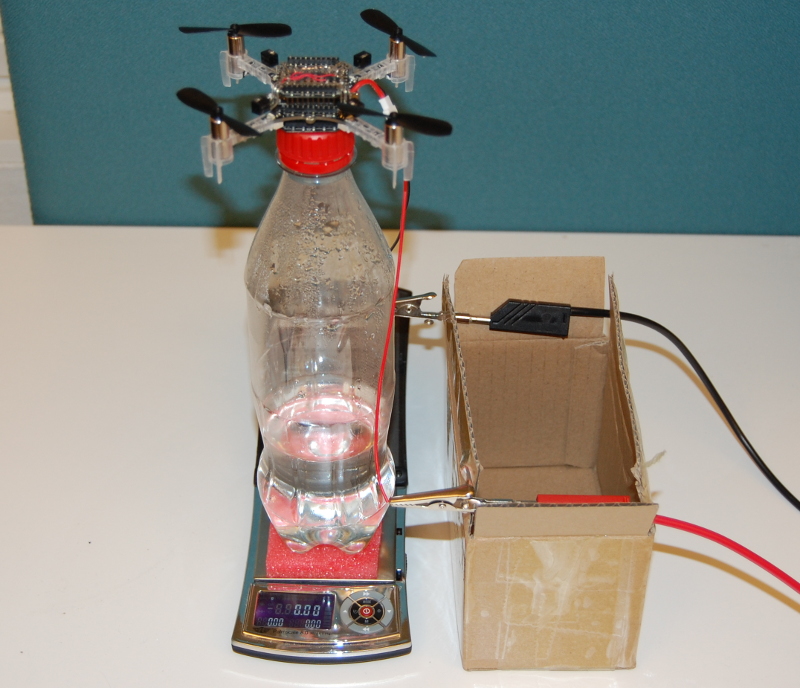