Last Saturday it was Arduino day 2015 and it happens that the Arduino office in Sweden is in the same building as ours. So we where invited and presented Crazyflie. It was a really fun event with a lot of interesting people passing  by and we had a lot of fun. 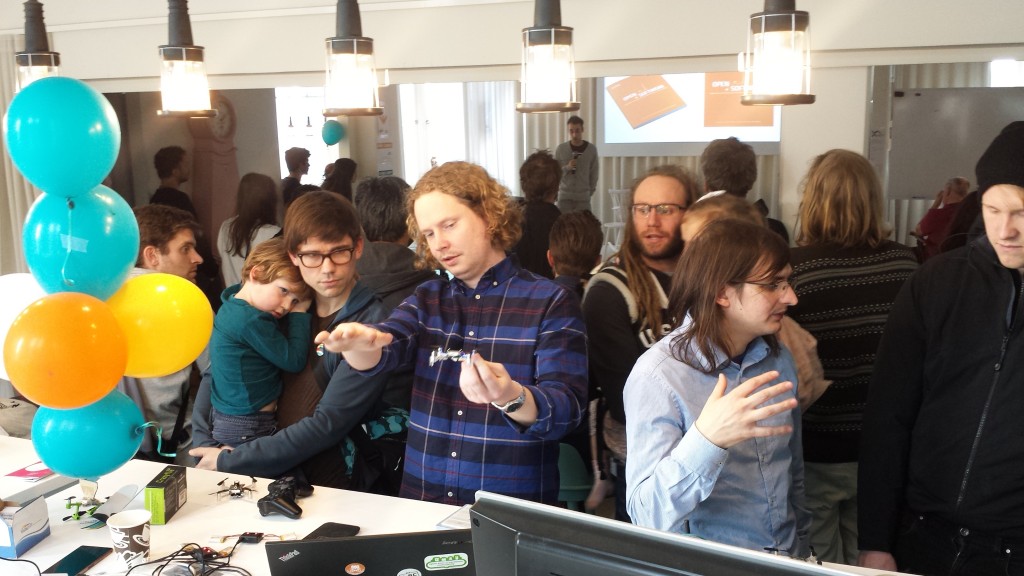 There was also Helium balloon, which gave us a perfect occasion to use the blimp hack we did more than a year ago. We attached a brunch of ‘Arduino colored’ balloon to it and flew it around using the Deviation TX. It is definitly something we have to port to Crazyflie 2.o. 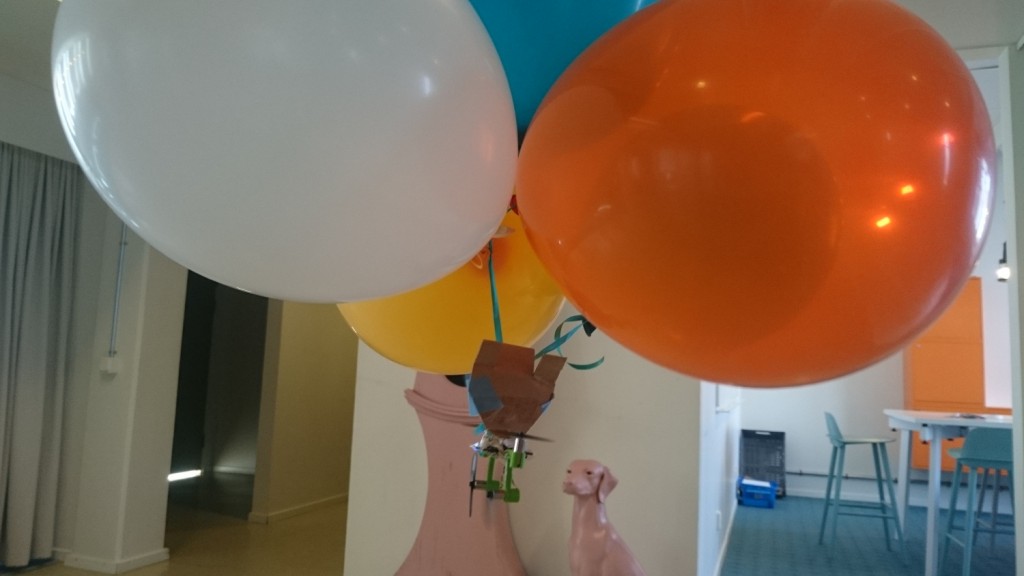 Finally as the event was hosted by Arduino, and we do not have Arduino compatibility (yet … ; ), we thought we would make something with Arduino and present it. We ended up making a Crazyflie Controller using an Arduino and using a thumb stick and ultrasonic distance sensor that was lying around the office. We attached everything to a glove to make it a ‘wearable’ controller. 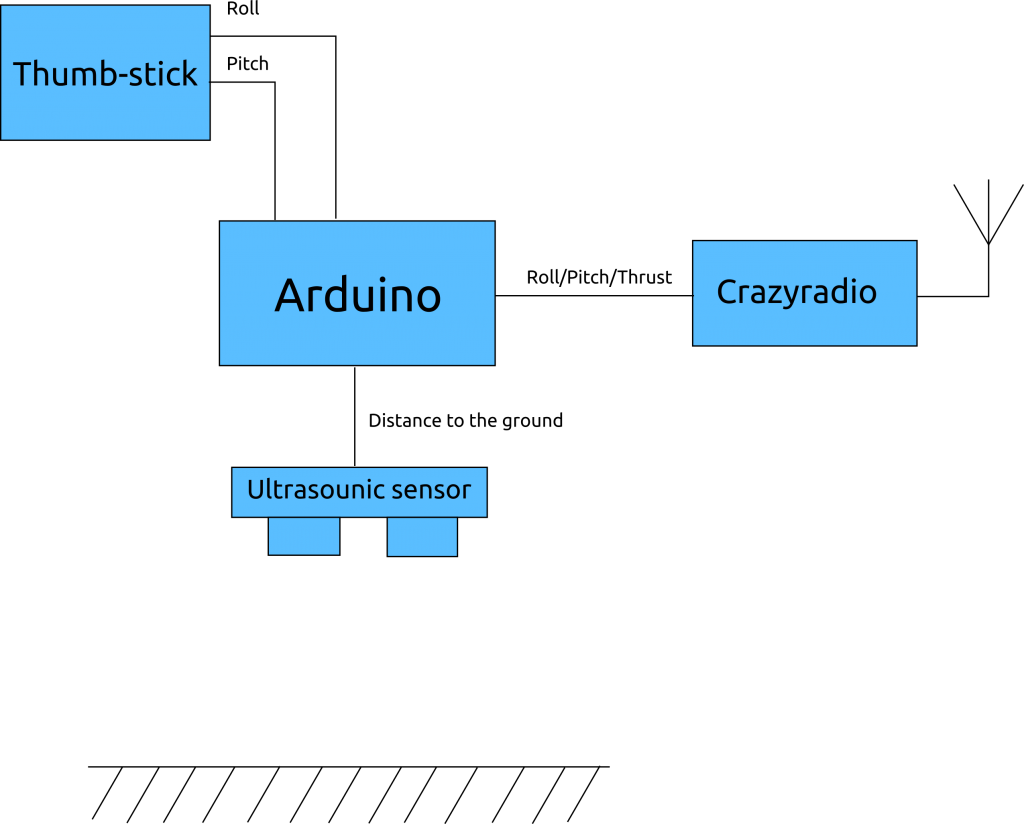 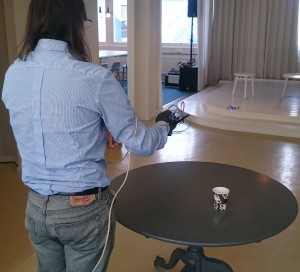 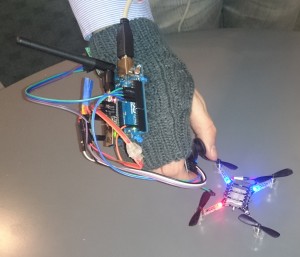 The glove is working as follow: you place your hand over a hard surface (concrete floor or table), click the thumb-stick button to set the zero and from now-on rising the hand higher will increase the Crazyflie thrust. Then the thumb-stick can be used to steer the Crazyflie. The program is quite simple and implemented in a single loop.

Technically the most work has been put in enabling the serial port of the Crazyradio so that the Arduino can send commands to the Crazyflie using the Crazyradio directly without a computer. As there is a lot of pins available on Crazyradio and a voltage regulator capable of accepting up to ~16V, the aim has always been to be able to use it as a radio module for other system. Our first thought was PPM input, but now serial control will also be possible. We are still cleaning up the code and working on other new functionality on the Crazyradio. We plan to release a new firmware soon that will support PPM, UART and a more efficient USB protocol to communicate with many Crazyflies using one radio dongle.