We started the work on TDoA 3 in May and it has been functional for a few months, but it is a bit cumbersome to make it work since it requires compiling firmware with special flags and running scripts to configure anchors. To rectify this and make it more accessible we are now working on integrating it just like the other positioning modes; TWR and TDoA2. 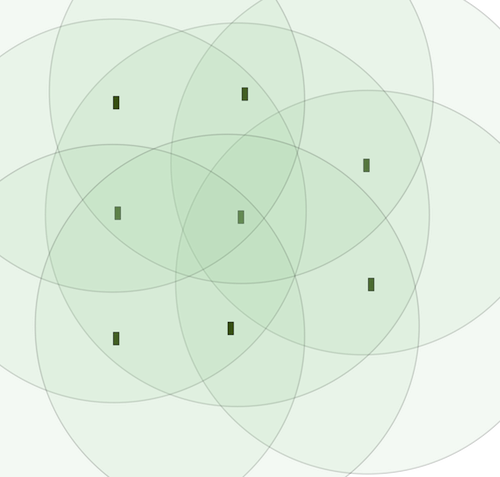 The anchors already contained most of the required functionality. We have added support to change to the TDoA3 mode via LPP, that is using the Crazyflie as a bridge between the client and the anchors, transmitting data to the anchors via UWB.

In the Crazyflie TDoA 3 has been added as a third mode. This means that it is now auto detected when the Crayzflie is switched on and it can be selected from a client – no need for compile flags any more! We have also added a new mapping to the memory sub system to transfer anchor information for a dynamic number of anchors to a client. This means that instead of being available to the client as a long list of log variables and parameters, most of the TDoA3 information and configurations are available in a memory map using the same protocol we use to access real memory like the configuration EEPROM or the deck memories. This way we have much more freedom to define and transfer the data-structure to and from the Crazyflie.

The python client/lib is the piece of software that requires most changes. The UI (and implementation) was designed to handle 8 anchors, but with TDoA3 it must support a dynamic and larger number. The new memory mapping has of course to be implemented in the lib as well. The anchor position configuration part of the LPS tab will be separated into a dialog box to get more space for the controls. We also have some ideas for improvements in anchor position configuration (saving to file and sanity checking of configurations for instance) that will be easier to implement in the future as well.

The driver for this work is of course to make the TDoA 3 technology available to anyone that wants to try it out. It is important to remember that it still is experimental and that we have mainly tested it in single room setups with a few anchors. Our hope is that more users will use it in various settings and that we will get feedback and contributions to iron out any remaining problems. We currently lack easy access to larger spaces which makes it hard for us to verify the functionality in a system with many anchors.

The code in the firmware for the anchors and the Crazyflie is mostly ready while there still remains some work in the lib/client, hopefully it can be committed and pushed during the week (see issue bitcraze/crazyflie-clients-python#349). If you want to try it out when the client is fixed, remember to upgrade the anchor firmware (including git sub modules), the Crazyflie firmware (including git sub modules), the python lib and the python client. Since this is still work in progress APIs and protocols may change until the first official release.