Current (unfinished) implementation of a standalone controller are using Crazyradio as a PPM to CRTP converter, a very experimental Android app, and using a raspberry pie as ground station. This week we finally managed to fly Crazyflie with an E-Sky transmitter: 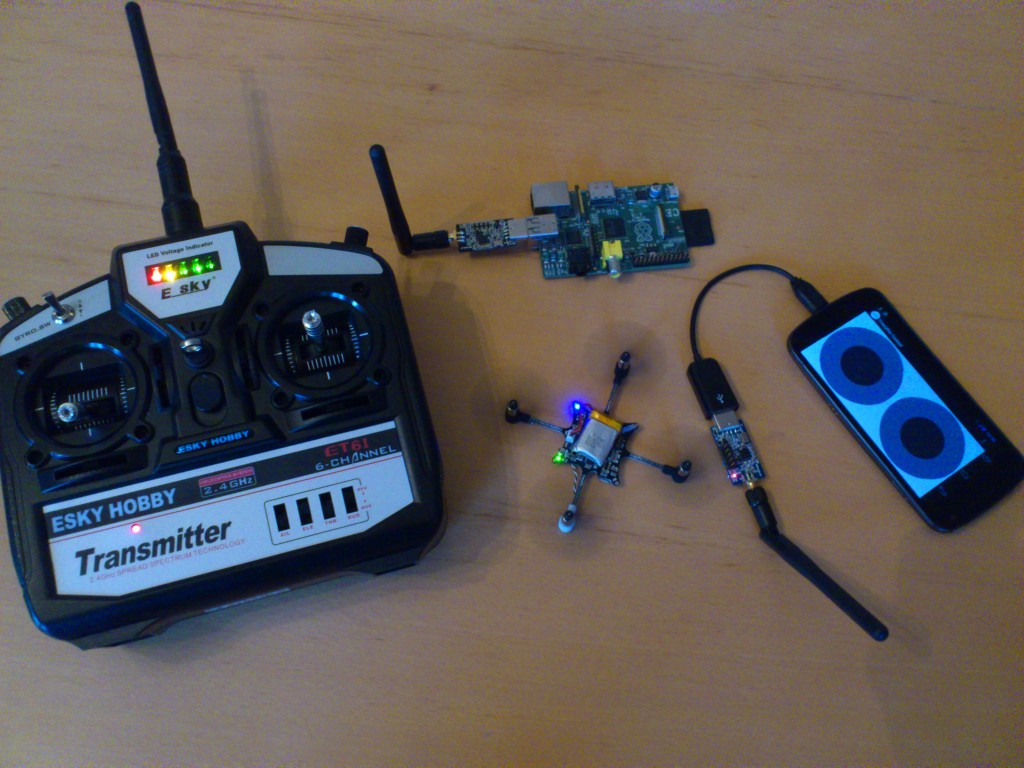 The transmitter is using a nordic-semiconductor chip compatible with our radio. The protocol is also well documented by dvdouden et al. It is using a power amplifier and uses a channel hopping scheme which makes the radio link quite secure.

Code to support this has been in the repo for a couple of week but a problem was that, by default, this transmitter was mixing pitch, roll and thrust channels which made the control of our Crazyflie nearly impossible (pitch and roll was changing by increasing the thrust ….). This week-end, we discovered two switches in the battery compartment, with which you can disable the mixing, and by doing that suddenly the Crazyflie is flying! There are still some work left to make RC transmitters works as good as a gamepad but the current source code is good enough to fly. Overall we have observed that a gamepad is really ideal to fly the Crazyflie in a fast and dynamic way. By comparison RC transmitter benefit by having more precision, mostly for the altitude control, but we are not used to it and it does not feel that ‘fast’ (our opinion).

As for the pre-order production, it is still going forward as planed. Testing of the first production samples  are finalized and now all the PCBs has been manufactured. The expected time of shipping is still according to the Seeedstudio Crazyflie product page.